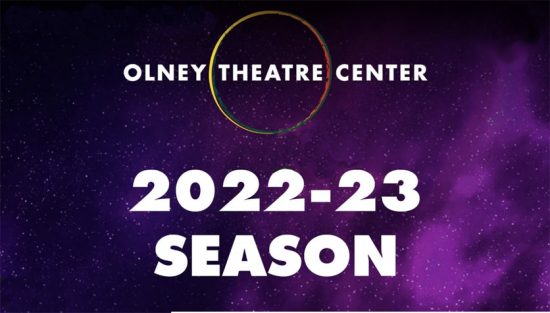 Includes a Rolling World Premiere, Co-Productions, and the Return of Nationally-Celebrated, Ground-Breaking Production of Beauty And The Beast

Olney, MD — Olney Theatre Center announced its 84th season, unveiling plans for seven theatrical productions that will serve as the tentpoles for an increasingly diverse slate of cultural offerings. The announcement comes on the heels of the recent news of an $11 million grant from the State of Maryland for Olney’s $32 million capital campaign to renovate and expand the art-making and community-gathering infrastructure on the 14-acre campus. The fall will feature Clare Barron’s Dance Nation (Sept. 28 – Oct. 30, 2022) finally making its DMV premiere after a Covid-imposed delay. Likewise, Marcia Milgrom Dodge’s acclaimed Disney’s Beauty and the Beast (Nov. 9, 2022 – Jan. 1, 2023) will return with most of its original cast, including Jade Jones as Belle and Evan Ruggiero as the Beast, to extend a run that was foreshortened by Covid. That production had been gathering national and international attention at the time of its premature closing, with stories running in People Magazine, MSNBC, Playbill, and others about the ground-breaking casting that allowed the message of the show to resonate more deeply and broadly. The New Year will bring Cyndi Lauper’s Tony Award-winning good time musical Kinky Boots (Feb. 10 – Mar. 19, 2023) directed by Jason King Jones, and a re-envisioned production of Kander and Ebb’s The World Goes Round directed Kevin McAllister, and co-produced with Baltimore’s Everyman Theatre and ArtsCentric. In the Mulitz-Gudelsky Theatre Lab, Jenna Place directs the National New Play Network Rolling World Premiere of Ali Viterbi’s In Every Generation (Mar. 8 – April 9, 2023), the winner of the 2019 National Jewish Play Contest. Also in the Lab is the DMV premiere of Madhuri Shekar’s family comedy A Nice Indian Boy (May 24 – Jun. 25, 2023) which puts a South Asian, LGBTQ spin on the “Guess Who’s Coming to Dinner” setup. The season climaxes with Fela! (Jul. 7 – Aug. 13, 2023) directed by Lili-Anne Brown in the Mainstage, which begins another 2-season agreement with Round House Theatre to co-produce works in each other’s spaces. This will be the first professional production of the show about the Afrobeat superstar since the National tour a decade ago. Ink by James Graham (Labour of Love), the other half of the co-production, is slated to open in Round House Theatre’s Bethesda space, directed by Olney’s Artistic Director Jason Loewith,  in the fall of 2023.

The four musicals and three plays form the heart of the Classic Membership season available for patrons to purchase now online or via the box office (301-924-3400). Prices range for new members from $120 – $320 depending on package selection. Olney recently announced an All-Access Membership which can be purchased 3-months at-a-time, and allows unlimited attendance at all Olney Theatre productions, presentations and events during the purchased period. All-Access Memberships covering performances in the months of July, August and September will go on sale in June, along with single tickets. The All-Access memberships include admission to Olney’s other programs including the Olney Performance Series (jazz, cabaret, drag and theatre for young audiences), special presentations like the Applause Concert Series, and summer programs like Olney Outdoors, which are scheduled and announced closer to performance dates.

A new addition to this growing slate of add-on programs will be a special Holiday Revue that will run in December 2022 for three weeks in the 1938 Original Theatre. Created by Associate Artistic Director Christopher Youstra and Director of Curated Programs Kevin McAllister, the show will be an inter-cultural celebration of the many traditions observing holidays at that time of year. Performance dates and official titles will be announced soon.

Of course, the most beloved add-on to the Olney season is the annual return to the Mulitz-Gudelsky Theatre Lab of Paul Morella’s solo performance of Charles Dickens’ A Christmas Carol.This will be the 13th edition of the holiday favorite, which has become a family tradition for many of our patrons who return Christmas after Christmas.

Other programs including National Players Tour 73 and special presentations will be announced in the coming weeks.

Mission
Olney Theatre Center for the Arts produces and curates theatrical performance for the diverse audiences in our community, and educates, learns from, supports and inspires a more inclusive generation of theater-makers.

Vision
We strive to become an arts and culture powerhouse, redefining the American regional theater movement by cultivating and sharing the creativity of our community.

History
Once a summer stock retreat in rural Maryland, Olney Theatre Center is now an award-winning, year-round regional theatre surrounded in a 15-mile radius by 1.6 million people representing three of the most ethnically diverse counties in America. Since our founding in 1938, some of the biggest names in theatre have appeared on our stages: from “Golden Era” stars like Helen Hayes and Tallulah Bankhead to contemporary artists like Sir Ian McKellen, Robin De Jesús, and many others. OTC welcomed Artistic Director Jason Loewith and Managing Director Debbie Ellinghaus in 2013 and 2014, respectively, who established a new artistic strategy to broaden programming with the goal of nurturing a diversity of voices and audiences. Olney Theatre Center now produces musicals and plays under the three rubrics of Classic, Contemporary and Family programming. Since 2013 Olney Theatre Center has twice won the Helen Hayes Award for Outstanding Musical Production, the Charles MacArthur Award for Outstanding New Play and presented six world premieres. Complementing this work, OTC fulfills its mission as a teaching theater with educational programs like the Our Play program in local 5th grade classrooms, a summer camp and a year-round professional apprentice program. National Players, now in its 72nd Season, is the hallmark outreach program of OTC, a unique ensemble touring innovative theater to communities large and small across the United States.