‘A Quick 5’ with Anna DiGiovanni, Actor in “Much Ado About Nothing” at Chesapeake Shakespeare Company 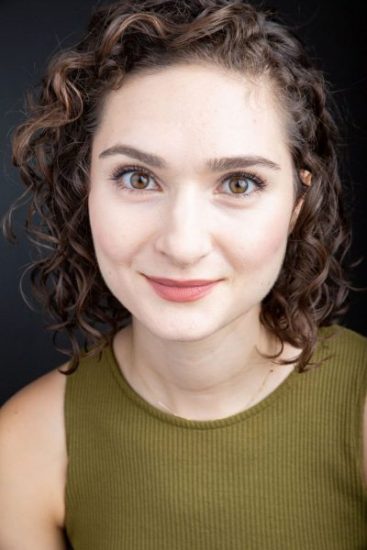 Summertime in Howard County is always a little brighter when the Chesapeake Shakespeare Company returns to the PFI Historic Park in Ellicott City with one of their memorable outdoor productions. This summer, they will be presenting one of Shakespeare’s great romantic comedies, “Much Ado About Nothing,” directed by Séamus Miller.

The play is full of all of Shakespeare’s antics—eavesdropping, pranks, mask, jealous lovers, deception, and mistaken identities. “Nothing” in the title refers to “noting,” an Elizabethan term for eavesdropping. Shakespeare gave his woman a strength in his middle comedies. Elizabeth I was on the throne and, as the first ruling female monarch, you can be assured it worried some of the men. Shakespeare may have wanted to please her with these clever ladies.

CSC always gives us a new look at Shakespeare’s works. In this case, the play is set in the French countryside right after the end of World War II. The characters are Allied soldiers and local townspeople. The music from that era, including Edith Piaf, Woody Guthrie, and Jacques Brel, is played by a live band. Of course, there are the lovers, Beatrice and Benedick and Hero and Claudio, and the comical Dogberry and his group of bumbling watchmen.

Anna DiGiovanni (Beatrice) is a Resident Company member at CSC and has been seen in “She Stoops to Conquer” (Kate Hardcastle), “Romeo and Juliet” (Juliet), and “Measure for Measure” (Mistress Overdone and Mariana). Other DC area work includes, “Twelfth Night” (Her Majesty & Sons), “The Revolutionists” (Prologue Theatre), “Venus in Fur” (4615 Theatre), “She Kills Monsters” (Rorschach Theatre), and “Pericles” (Academy for Classical Acting).

Can you tell us a bit about yourself?
I am originally from Oakland, California where I grew up doing theatre camps in the summer and begging my parents to take me to see Shakespeare shows at Cal Shakes. I went south to Los Angeles to study at USC for my undergraduate degree, where I stayed after graduation and worked for a few years as an actor, until moving out to DC to get my MFA from The Academy for Classical Acting (ACA) at the Shakespeare Theatre and George Washington University.

Did you have any special Shakespearean theatre training and where?
My training is from the ACA and primarily due to the guidance and mentorship of Alec Wild, who just directed “Henry V” at CSC a few months ago, and Lisa Beley. They taught me not only the rigor needed to work on and embody these classical texts, but instilled in me the curiosity that these characters and words demand of an actor in order to fully bring their humanity alive.

What is the most difficult part as an actor in doing Shakespeare? Easiest?
The most difficult thing is trying to relay Elizabethan jokes or references to modern audiences without fully spelling it out via hand motions. Also trusting that if you, as the actor, can see the thing you are referring to, the audience will too. The easiest thing for me would be allowing the text to connect with the other people on stage—allowing the words that we have to be the closest thing these characters have to express what is going on for them inside and how they get what they want from that.

You played Juliet and now Beatrice which are very different characters. How would you compare the two roles? Which one do you identify with the most?
I have! Honestly, I relate to both of them at the same time—just during different seasons of my life which is what makes Shakespeare so universal. I think the fascinating thing about both of these women is how they surrender fully to love. Juliet has less of a fear, but maybe that is because she is young and has only verse to propel her forward. Beatrice has been around the block and maybe stepped in something along the way. When Beatrice finally surrenders or, if you want to look at it in a different light, finally comes home to her true self in accepting Benedick is the one she loves, she breaks out into some of the only verse she speaks of the play. The rest is leaping through prose on her journey to self-enlightenment.

Is there a Shakespearean role you would want to do? It can be a role usually played by men or a woman’s role. After all, men played all the women’s roles in Shakespeare’s time.
That’s a wonderful question! There are so many characters I would love to play including Rosalind, Portia, Hermione, Joan etc. As I have gotten older, I have started to get curious about Hamlet, and how we handle grief and the way that it molecularly changes a person when they experience such a great loss as the death of a parent. I also wonder what else can be uncovered if Hamlet is a woman dealing with the grief of her father, when so many of Shakespeare’s later plays are already about the relationship between fathers and daughters.

For more information about Anna DiGiovanni go to her website.

“Much Ado About Nothing” by the Chesapeake Shakespeare Company will run Thursday-Sunday evenings, June 17–July 24, 2022 at the Patapsco Female Institute Historic Park, 3655 Church Road, Ellicott City, MD 21043. Parking is located at 3691 Sarah’s Lane, Ellicott City, MD, 21043. Gates open 90 minutes before curtain and you can bring your own picnic. Every Sunday is Family Funday which includes pre-show activities. For every paid adult ticket, two children under 18 can get in free by reservation. Parking is available with a 1/5 mile walk from the parking lot located down the hill from the park. There is a drop-off spot at the top of the hill near the theatre. You can call the box office at 410-244-8570 Tuesday – Friday 10 am – 4 pm or go on online.