‘A Quick 5’ with Kevin Patrick Martin, Actor in ‘Jersey Boys’ at The Kennedy Center 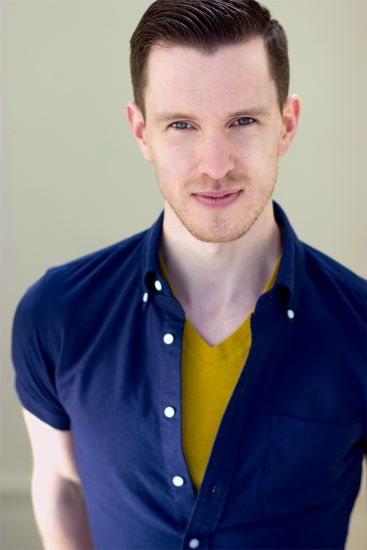 If you watched the 2022 Tony Awards, you may remember they took time to honor all the understudies on Broadway. With Covid still plaguing our theatres, understudies have allowed many plays to continue despite losing cast members for sometimes weeks to the pandemic. Maryland Theatre Guide and the staff of Kennedy Center want to use this column to highlight these performers and thank them for allowing live performances to continue all over the country. Kevin Patrick Martin is one of these often-overlooked cast members.

Kevin usually plays several roles in the “Jersey Boys”—Stosh, Norman Waxman, Detective Two, Hank Majewski, Police Officer, Recording Studio Engineer, and Joe Long. He is also the the Fight Captain and understudy for Tommy DeVito. This is typical in any major, professional production.

“Jersey Boys,” directed by Des McAnuff, is currently playing at the Eisenhower Theater at the Kennedy Center in Washington, D.C. The musical uses the actual hits of the group—music by Bob Gaudio and lyrics by Bob Crewe—as the means to present the story of Frankie Valli and the Four Seasons as they rose from the New Jersey streets to one of the best-selling rock groups of all time. Only the Beatles and Beach Boys were comparable to the Four Seasons for many years in terms of their record sales.

The Four Seasons are played by Eric Chambliss as Bob Gaudio, Matt Facher as Nick Massi, Devon Goffman as Tommy DeVito, and Jon Hacker as Frankie Valli. The other performers include Justin Albinder, Amy Coelho, Katie Goffman, Antonio King, Connor Lyon, Sean McGee, and Alec Michael Ryan. Albinder, Chinnock, Moore, McGee, Moore, Ryan and Kenneth Quinney Francoueur all understudy the roles of the Four Seasons. (In fact, Justin Albinder stepped in as Frankie Valli for Jon Hacker on June 16. Read our review here.) Let’s give special thanks to all of them and find out a little bit more about Kevin Patrick Martin and the life of an understudy.

Kevin Patrick Martin is thrilled to return to the stage with “Jersey Boys,” having done over 600 performances since joining the company in 2017. Television: Food Network’s “Bakers vs. Fakers.” Training: Rhode Island College. Recently, Martin joined a performance with all Four Seasons played by the understudies. On top of that, Martin is getting married to Festival Ballet Providence dancer, Alex Lantz, and is planning his own wedding using his experience as a baker and a florist.

Can you tell us about yourself?
I grew up and went to school in Cumberland, Rhode Island. After high school, I attended Rhode Island College where I received a BA in theatre with a concentration in musical theatre. I began my career during my summers off from school and continued working in professional regional theatre after graduating in 2009. At the beginning of 2012, I moved to New York until December of 2020 when I moved back home to Providence, R.I. While in New York, much of that time was spent outside of the city doing regional theatre and being on tour. I began touring with “Jersey Boys” in the fall of 2017 as Norm Waxman/Hank Majewski and others, in addition to being an understudy for the role of Tommy DeVito. By the time I complete my run of the tour, I will have been with “Jersey Boys” for over 800 performances spanning 48 states and three countries.

Did you audition for Tommy DeVito, another role, or to be an understudy?
I was originally brought in to audition for one of the swing tracks, which is an offstage cast member who covers multiple roles in the show and must be ready to go on at a moment’s notice. That particular swing track understudies Bob Gaudio, who, in the show, is played by someone with a bari-tenor voice. Being that I am a bass-baritone, my vocal range was not a correct fit for that role. While I was in my auditions, the casting director and production supervisor did some shuffling around, gave me new materials to learn, and eventually settled on having me audition for the role of Norm Waxman, which I eventually landed. That ensemble track was the one that would cover Tommy DeVito, a more appropriate fit for my voice type, and that was how I became the Tommy DeVito understudy.

As an understudy, how often do you have to rehearse lines, blocking, and music for the role? Do you do this with other understudies, the regular cast, or both?
At the beginning of the rehearsal process, the understudies are working overtime to learn not only their own tracks in the show, but also the material for any of the (sometimes multiple) roles they cover. In addition to our over 40-hour-a-week rehearsal schedule, performers are working on their own outside of those hours to make sure they are learning and retaining all information that is being taught. This includes script memorization, music, choreography, blocking and, more. Though it is not always guaranteed, there may be some time scattered throughout the rehearsal process to focus solely on the understudies learning the roles they cover. Once the show is open and we are out on the road, we have scheduled understudy rehearsals where all of the understudies are called in to the theater during the day and work through scenes, music, and choreography. It is rare to have the opportunity to rehearse with those who are playing the roles full-time, so understudy rehearsal is vital to ensure seamless transitions for the understudies going in and out of the show.

Does having another role in the cast make it easier or harder to understudy a main role?
It is actually a little bit of both. Being in the show nightly and getting to watch and listen to scenes in which the actor you’re understudying is involved can be beneficial. As someone who retains information well by aural repetition, getting to hear the dialogue every night is a great way to ensure that I am staying on top of keeping the script fresh in my mind. On the flip side, there have been moments when I have been offstage while playing the role of Tommy, heard a cue line for my usual track, and had my heart start racing thinking that I had missed an entrance or a line. Luckily that hasn’t actually happened…yet!

This is a musical about the fabulous Frankie Valli and the Four Seasons. Do you have a favorite song or songs?
When I am in my own ensemble track, my favorite part of the show is playing Joe Long in Act 2 and getting to be on stage for “Can’t Take My Eyes Off You” and then going into “Workin’ My Way Back to You” immediately after. The audience is on such a high throughout those songs which is always thrilling. When I am onstage as Tommy DeVito, my absolute favorite song is “Beggin’.” It has been exciting to hear it in pop culture recently, with its resurgence due to a popular cover of the song. That is a true testament to how timeless this music really is!

“Jersey Boys” runs through June 26, 2022 in the Eisenhower Theater at The Kennedy Center for the Performing Arts, 2700 F Street, NW Washington, D.C. 20566. For more information or to purchase tickets, click here.