Theatre Review: ‘Fires in the Mirror’ at Theater J 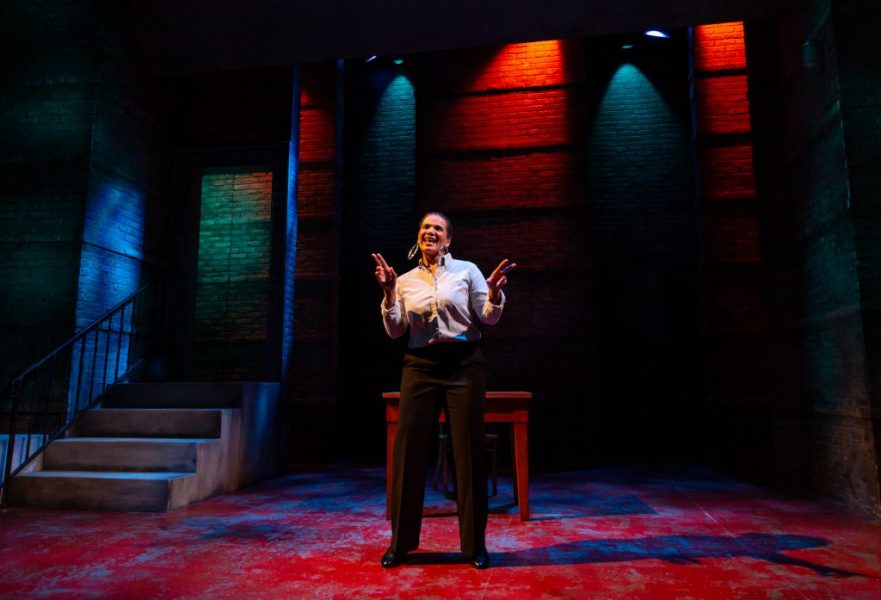 January LaVoy in “Fires in the Mirror.” Photo by Ryan Maxwell Photography.

In many ways, “Fires in the Mirror: Crown Heights, Brooklyn, and Other Identities” is as much a work of journalism as it is a play. Originally conceived, written, and performed by Anna Deavere Smith in 1992, the show explores the aftermath of the Crown Heights riot in August of the year prior. Days of unrest and violence between the Black community and the Hasidic Jewish community occurred in the ethnically-diverse, Brooklyn neighborhood of Crown Heights after a Jewish man accidentally struck two Black children with his car, killing one and severely injuring the other.

LaVoy is so effective at embodying each character that there were times when I had to remind myself that every monologue was performed by the same person.

The play is made up entirely of monologues taken verbatim from interviews Smith conducted with Crown Heights residents, scholars, journalists, artists—people who could speak to the issues at hand. All of the people depicted are performed by a single actor, and as a result, “Fires in the Mirror” requires a level of versatility that few actors have. The performer needs to truly embody each character and bring them to life onstage in order to tell a story that is simultaneously documentary and drama. The performer needs to be true to the people she is portraying, while also imbuing a level of interpretation necessary to weave an effective narrative across the various monologues. “Fires in the Mirror,” therefore, can only be effective with a truly remarkable performer bringing it to life.

Luckily, Theater J’s production has that performer in January LaVoy, who also co-directs with Adam Immerwahr. In fact, LaVoy is so effective at embodying each character that there were times when I had to remind myself that every monologue was performed by the same person. She’s particularly adept at making the distinctions between characters clear without relying on surface-level character-acting. Instead, those distinctions come from the emotional and intellectual depth she brings to each character (as well as a truly impressive array of accents). Taken individually, each monologue could serve as a masterclass in how to embody a real person onstage.

But, of course, these monologues shouldn’t be taken individually. In fact, it’s the through-line across and the moments in-between these monologues that makes this play and this production so effective.

After all, “Fires in the Mirror,” at its heart, is a play about identity. As LaVoy steps in and out of the different characters, which she often does right in front of us onstage, she also steps in and out of different identities. There’s a touch of irony to her doing so, since a commonality between many of the characters is their inability, or unwillingness (or both), to step out of their identity themselves. In such a tense atmosphere, identity for many of these characters becomes something they cling to, something they wear with pride, and something they both share with the people around them and use to separate themselves from others.

The concept of identity takes up the first half of “Fires in the Mirror,” before the Crown Heights riot is even mentioned. Once it is discussed, though, there is a common theme among many of the characters that identity is now also a tool for them to process what happened in their neighborhood. No two people have the same understanding of what led to the riot or what happened during it, largely because their personal identities lead them to different conclusions.

For some, clinging so hard to identity leads to more separation between communities. For others, though, understanding their own worldview helps them to understand how others might see the world differently.

“Fires in the Mirror” never comes to a conclusion about who is correct. As both a play and a piece of journalism, it is less interested in finding the objective truth and more interested in exploring how so many different truths can exist simultaneously.

Today, that exploration feels particularly prescient. Just two years after the Black Lives Matter protests of 2020 and at a time of extreme polarization, identity has once again become a national conversation. In many ways, “Fires in the Mirror” captures 2022 just as well as it captures 1991, and Theater J’s production is particularly effective in doing so.

COVID-19 Health and Safety: Proof of vaccination or recent negative test and masks are required.