‘A Quick 5’ with Dean Fiala, Playwright for ‘Kill Again’s Island’ at Kentlands Mansion 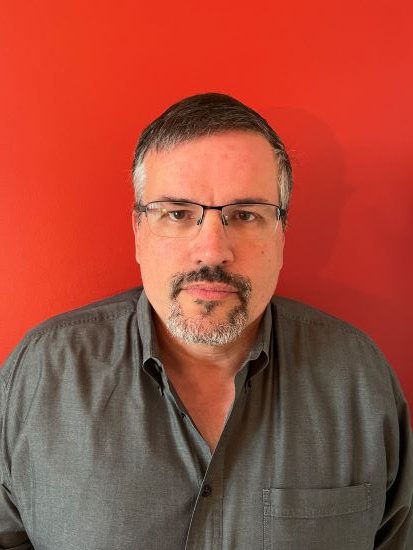 In partnership with A Taste for Murder Productions, “Kill Again’s Island,” written by Dean Fiala and directed by Laura W. Andruski, will be performed at Kentlands Mansion this upcoming weekend. The Murder at the Mansion Dessert Theater mystery is packed with laughs and the audience will have the opportunity to also partake in some delectable sweets.

The play takes place on a small island off Hawaii. When a lost surfer comes ashore, the inhabitants’ lives are disrupted and their peaceful existence suddenly becomes less than tranquil. The audience will try to uncover clues and solve the mystery.

A Rockville resident, Dean Fiala fell back into theater performing with Rockville Little Theatre in “A Flea in her Ear,” and hasn’t left since. He has taken on onstage roles in “Go Back for Murder” and “A Christmas Story” and produced several plays including “To Kill a Mockingbird” and “Almost, Maine.” An aspiring playwright, he has had eight shows produced including several for A Taste for Murder Productions—“A Wedding to Die For,” “A Room With a “Clue,” “With a Deadly Finish, “Murder by the Book,” “I Remember Murder,” “Deadline,” and the upcoming “Kill Again’s Island.” ATFM will premiere two new works in 2022 and 2023—“An Act of Murder” and “Murder on the Metropolitan.”   Most recently, he was named Up and Coming Playwright for “Negotiable Virtue” at the Maryland Community Theatre Festival. Dean received a BS in Political Science from MIT and serves as a managing director of Software Development for Ankura Consulting in Washington, DC.

What, if any, formal theatre training did you have, or did you learn by immersion?

My only formal training was a script writing class at The Writer’s Center which provided a foundation for crafting stories for the stage. Everything else has been exploration by trial and error. I am required to state that The Writer’s Center bears no responsibility for anything I have ever written.

Does anything in your professional work (software development) help in creating scripts?

Obviously, persistence is the key to success in any creative endeavor. Both crafts are filled with frustrations and tribulations. It’s easy to get stuck and give up. A related skill is to not fall in love with your code or your words and recognize that they need to be replaced or even ripped out when they don’t move things forward. Finally, not letting the “perfect” be the enemy of the “good (enough)” is critical in both endeavors. Spend days trying to write the perfect code solution for every problem and you’ll find yourself looking for work. Spend days trying to write the perfect dialog for every character and you’ll spend a year working on page one.

You have acted and have written plays. Which do you prefer doing and why?

As you know, acting and writing provide two entirely different experiences. The thrill of being on stage is immediate and overwhelming. It is a rush that lasts hours after the curtain has fallen. Acting can also provide a unique collaborative experience that builds in rehearsals, culminates on the stage, and is then cruelly ripped away when the final curtain falls. Writing provides a series of smaller highs—the completion of the first draft; the submission of the final copy; participating in the read through; attending the opening performance; hearing the initial laugh from the audience; and realizing you created and shared something that brought a sliver of enjoyment to the world. To steal an analogy from the baseball statistics community, I refuse to prefer writing over acting or vice versa, I want my beer AND tacos.

Do you have any favorite(s) of your own play(s) and which one(s)?

“A Wedding to Die For” was my first ATFM production and everything about that experience still makes me glow, so it will always be on my list of favorites. I love “I Remember Murder” because I relished flipping the murder mystery format on its head. Finally, thanks to the incredible efforts of the cast and crew, “Negotiable Virtue” blossomed into a show that exceeded all my expectations as my first “serious” play to see the stage.

Has any playwright, past or present, been an influence in your own writing?

Ken Ludwig’s genius for sustained parallel conversations is an ongoing inspiration. He’s not a playwright, but former reporter and novelist Carl Hiaasen’s oddball characters, insane situations, and comic mayhem are so ingrained in my consciousness that they undoubtably ooze out onto the page. Of course, Shakespeare’s dictum, “Sex and violence sell, baby,” is framed above my desk.

“Kill Again’s Island” runs July 15, 2022 at 8 pm and Saturday July 16, 2022 at 2 pm and 8 pm at Kentlands Mansion, 320 Kent Square Road, Gaithersburg, Maryland 20878. For tickets and more information, go to this link. Sweets are included in the price of admission and there is a cash bar. Recommended for ages 15 & up. For information about this or future productions, go to their website here.