News: The Colonial Players of Annapolis Season 74: Secrets and Lies 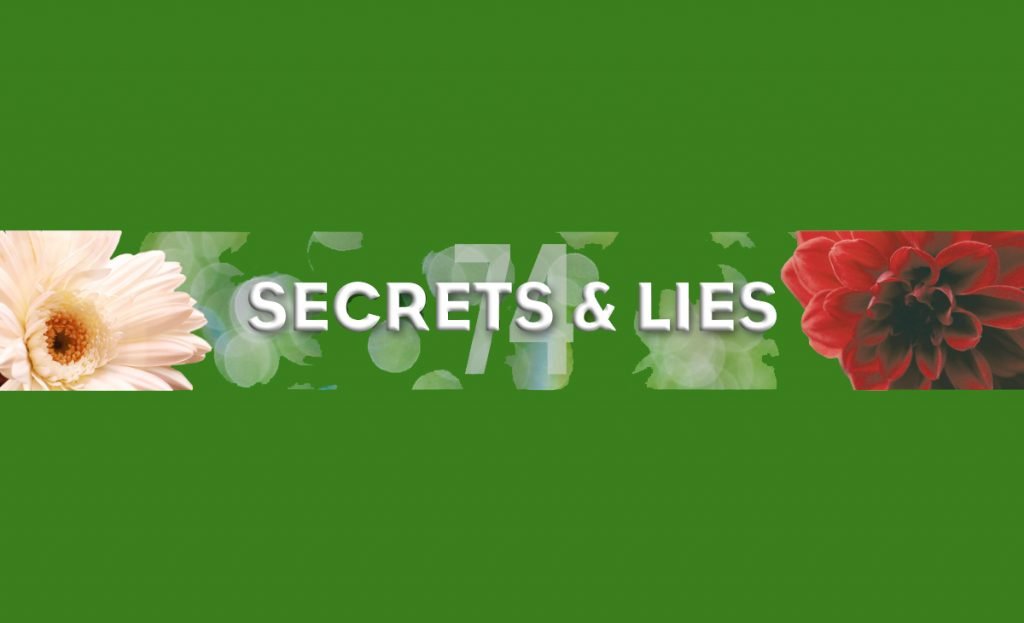 The Colonial Players is proud to present their play selection for Season 74. For this season, audiences will be taken on a whirlwind of comedy and conspiracy, history and histrionics, tenderness and tenterhooks and, of course, the one and only Sondheim. Welcome to the sneaky season of Secrets and Lies.

Marc, Serge, and Yvan are friends. They are three middle-aged men of comfortable means who have stayed friends with each other for fifteen years. Since men of their age often lack opportunities to meet new people and sustain new friendships, their courtesy towards and their tolerance for one another’s quirks and affinities have been worn raw. Serge has bought a modern work of art for a large sum of money. Marc hates the painting and cannot believe that a friend of his could possibly want such a work. Yvan attempts, unsuccessfully, to placate both sides with hilarious consequences. The question is: Are you who you think you are or are you who your friends think you are?

Jim Fingal is a fresh-out-of-Harvard fact checker for a prominent but sinking New York magazine. John D’Agata is a talented writer with a transcendent essay about the suicide of a teenage boy—an essay that could save the magazine from collapse. When Jim is assigned to fact check D’Agata’s essay, the two come head to head in a comedic yet gripping battle over facts versus truth.

The three Magrath sisters are back together in their hometown of Hazelhurst, Mississippi in the mid 1970’s. Lenny, the eldest, never left Hazelhurst—she is the caretaker of the sisters’ cantankerous Old Granddaddy. Meg, the middle sister, left home to pursue stardom as a singer in Los Angeles, but has, so far, only found happiness at the bottom of a bottle. And Babe, the youngest, has just been arrested for shooting her husband. Under the scorching heat of the Mississippi sun, past resentments bubble to the surface and each sister must come to terms with the consequences of her own “crimes of the heart.

Without William Shakespeare, we wouldn’t have literary masterpieces like Romeo and Juliet. But without actors Henry Condell and John Heminges, we would have lost half of Shakespeare’s plays forever! So, the King’s Men are getting the band back together. The goal: to gather the Bard’s scattered masterpieces and bind them to each other, and to history. It’s a grand feat, to be sure. Especially for a community of actors who may know all the ins and outs of iambic pentameter, but next to nothing about binding books. Even so, they undertake their mission with pluck and wit and hearts full of joy. It’s a theatrical, beat-the-clock race to save a legacy, offering some of Shakespeare’s greatest hits spoken by your favorite players.

Drawing its title from a song in “Sunday in the Park with George,” this musical revue celebrates Sondheim’s incomparable career in musical theater. Featuring nearly thirty Sondheim tunes, Putting It Together is set at an all-night, black-tie party in a penthouse, the hosts, an older couple face their disillusions and marital troubles; a younger, less jaundiced couple struggle with their feelings and desires, and a commentator oversees and influences the action. The spouses deal with infidelity and divorce but finally reconcile before dawn. With a bit of imagination, the guests transform the apartment into the stage of an abandoned theater, an estate in Sweden, an island outside of Paris, a street off the Forum, the woods of a fairy tale and a mythical town in the Southwest.

On a snowy night, Inspector Ruffing is called to a remote house to investigate the headlong plunge of Patrick Roarke down the main staircase. In doing so, he becomes involved in the lives of five alluring and dangerous women. They lead him through a bewildering labyrinth of contradictory versions of Patrick’s demise and that of the late Mr. Ravenscroft. There are ghosts on the staircase, skeletons in the closet, and much more than the Inspector bargained for. His investigation leads into his own tortured soul and the nature of truth itself. You will not guess the ending, but you will be teased, seduced, bewildered, amused, frightened, and led to a dark encounter with truth or something even stranger.

Subscription Information for the next season has been mailed to our existing subscribers. Following time for the existing subscribers to renew and retain their existing reserved seats, season subscriptions will be made available to the general public online and through the Box Office toward the end of the summer. Stay tuned for more information! thecolonialplayers.org