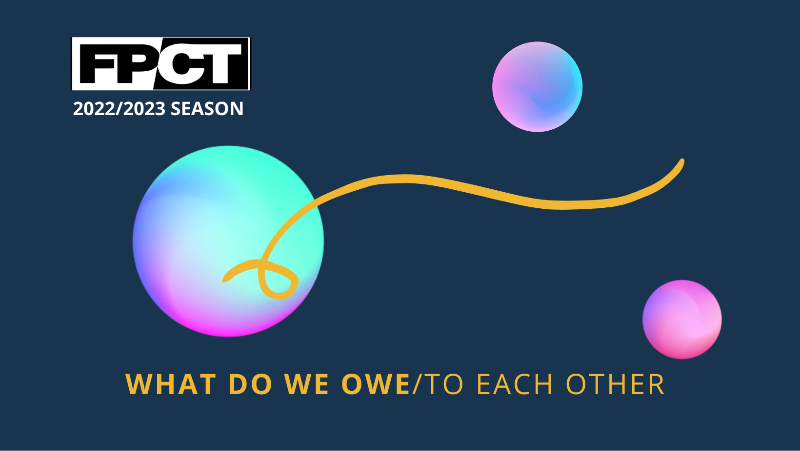 Fells Point Corner Theatre (FPCT) is proud to announce its 35th season, a mix of relevant and powerful, fully-produced plays, and FPCT’s signature events, like The Corner Carol, the 10×10 Short Play Festival and the Monologue Slam. As the theatrical world changes, FPCT owes this town a reflection of art that navigates complicated narratives and explores what holds us together and what drives us apart.

The Thanksgiving Play by Larissa FastHorse
Directed by Brandon Rashad Butts
November 4 – 27, 2022
In this 2015 wickedly funny satire by Larissa FastHorse, good intentions collide with absurd assumptions as a troupe of “woke” teaching artists scrambles to create a pageant that somehow manages to celebrate both Turkey Day and Native American Heritage Month. FastHorse has written and produced plays involving challenges that indigenous people have in American society.

An Evening of May Miller
Readings of Plays and Poems
January 7 – February 4, 2023
A night of readings of selected one-acts and poems by DC native May Miller. May Miller was the most widely published female playwright of the Harlem Renaissance and a prolific poet, in addition to being a (somewhat) local treasure.

The 10x10x10 Short Play Festival
May 5 – May 28, 2023
Fells Point Corner Theatre is delighted to bring you another fantastic line-up of hilarious and compelling 10-minute plays by local area playwrights in our annual 10x10x10 Play Festival! In just two short hours, audiences will see ten brand-new works presented by an ensemble of 10 of the area’s finest acting talents. At the end of each performance, audiences vote on their favorites as the playwrights compete for cash prizes!

PLUS…. Join us for  family-friendly community-sourced events where we can share our talents with one another in  a spirit of celebration and fellowship.

Directly and democratically managed by its community of members, FPCT crafts high-quality audience and artist experiences that are collaborative, ambitious, relevant, and evocative. We are fiercely committed to our neighbors, our collaborators, and to the Greater Baltimore Artist Community. Learn more at fpct.org.