Theatre Review: ‘Clue: The Musical’ at Arts on the Green, in partnership with The Montgomery Playhouse 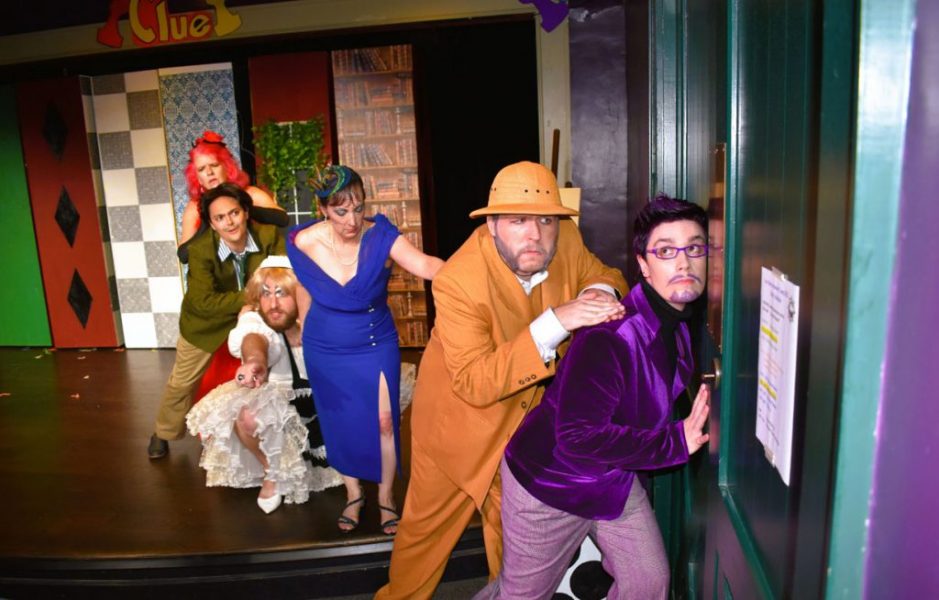 Sometimes all you need is some light entertainment and the fun of playing a board game. That is just what you can find in the Arts on the Green/Montgomery Playhouse’s production of “Clue: The Musical.” The musical, based on the popular Parker Brothers board game of the same name, first premiered in Baltimore in 2005. With a book by Peter DePietro, music by Galen Blum, Wayne Barker, and Vinnie Martucci, and lyrics by Tom Chiodo, the show takes the iconic characters and structure from the game and brings the murder mystery to life. There’s an interactive element, wherein audience members randomly select the outcome of the play, allowing for 216 possible different endings. The audience is also asked to play along with the case-cracking and to try and piece the clues together themselves, as one would if they were playing the real board game.

Whether you’re a fan of the board game or a lover of murder mysteries, this is a show you’re sure to enjoy.

Directed and choreographed by Naomi Kieval, with music direction by Zack Henderson, this production leaned into the silliness and fun inherent in the show. The cast was clearly having a blast on stage and that joy was contagious. One actor particularly stood out for their commitment to the bit—Laura Searles as Mr. Green. She commanded attention every time she stepped on the stage, whether she was alone or with the whole group. Keep an eye out for her during any group number because her range of facial expressions is sure to put a smile on your face.

“Clue: The Musical” was a delight for the eyes. Costumes colored like crayons in a box made each character distinguishable and easily recognizable to those who know their game-piece counterparts. They even went as far as having matching makeup and hair color to go with their outfits. This made it easier to follow along thanks to costume designer Cassandra Redding and makeup and hair designer Eric Jones.

Another creative element of the show was the set design. The Montgomery Playhouse was performing in a small theater that, while providing an intimate and close experience for the audience, could prove to be a challenge for staging, especially when the show requires six different rooms. To tackle this, Naomi Kieval, also the set designer, used four-sided columns which the actors would move and spin to create the different spaces in the house. They were effective at conveying location and allowed for seamless transitions. They were even involved in the staging of one particular number. I also appreciated the set dressing of games and game pieces around the stage. The Montgomery Playhouse clearly knows how to make the most of the space they are given.

“Clue: The Musical” is here to bring you a good time. Whether you’re a fan of the board game or a lover of murder mysteries, this is a show you’re sure to enjoy. As an audience member, I delighted in the interaction and the opportunity to play along. Maybe you will get to solve the murder yourself!

“Clue: The Musical” runs through August 21, 2022 presented by Arts on the Green in partnership with The Montgomery Playhouse at The Arts Barn, 311 Kent Square Rd, Gaithersburg, MD 20878. Online sales end two hours prior to curtain. If available, tickets may be purchased at the door or by calling the box office at 301-258-6394. For more information and to purchase tickets online, click here. Note: Masks are encouraged but not required in City of Gaithersburg facilities. Social distancing is also encouraged to the extent possible.