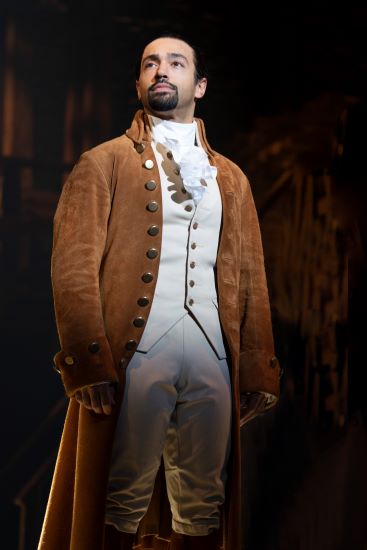 Lin-Manuel Miranda’s theatrical sensation, “Hamilton,” has finally returned to DC for a long run at the Kennedy Center after pandemic delays. Like many, I saw the filmed version and was finally able to see it on stage. Although the filmed version has the original, award-winning Broadway cast, it does lose some of the magic that comes with a live theatre performance. Not only can you smell the greasepaint, but you can feel the vibrations of cannonballs and the drumbeats. You can almost smell and taste the residual gunpowder as it wafts through the air.

…amazing theatre and has become a standard for this century’s American musical…It educates, entertains, and gives us insight into ourselves and others, both famous and forgotten.

In the film version, some of the wonderful choreography is lost. Every corner of the set is filled with extraordinary dancers who are, at times, moving differently but synchronized—each helping tell the history of our first Secretary of the Treasury.

David Korins’ scenic design is superb—in a class with few others—creating wonderful and memorable visuals. There are so many angles and details that are lost on screen which are visible in a live performance. The set tells its own story about what New York City (Manhattan in particular) was like at a time long before skyscrapers.

Rather than retelling the general facts of the plot, the MD Theatre Guide review of the Disney+ film of the Broadway production can be found here and our review from the first visit of the 2018 tour can be accessed here.

On this tour, Pierre Jean Gonzalez plays Alexander Hamilton and his talent is equal to anyone who has taken on the role. He makes us believe he is this complex, historical character. Gonzalez is equally comfortable in the rap-style “My Shot”as he is singing the melancholy “It’s Quiet Uptown” with Vanessa Magula who played his wife, Eliza. (Magula is listed as an understudy as were several of the actors on press night.)

The story is as much about Aaron Burr as it is about Hamilton and Miranda gives Burr the opening and one of the closing numbers. Jared Dixon takes on this complicated, and sometimes erratic, man who starts off as Alexander’s friend and becomes his mortal enemy. The opening number, “Alexander Hamilton” is Miranda’s way of drawing us into their conflict. “The World Was Wide Enough” is a Miranda’s own look of how to reconcile the two. Dixon makes us think how different this nation might have been if Burr and Hamilton could have put aside their differences and, in Burr’s case, jealousies. This is illustrated in the song which has now become part of standard, political jargon—”The Room Where It Happens.”

Magula’s Eliza is both soft and strong. Although wealthy, the real Eliza Hamilton learned about the harsh realities of life. She lost her son in a duel and her husband not only cheated on her, but told the world about it. When they finally reconciled, he was killed. Eliza’s love for Alexander is made clear by Magula’s performance which brought tears to many in the audience during her final monologue.

Ta’Rea Campbell wonderfully portrays Angelica Schuyler, the older sister to Eliza, and accentuates Eliza’s sweetness. Although also drawn to Hamilton, she is a bit smarter and savvier than her sibling. Campbell and Julia Estrada (understudy who also plays Maria Reynolds) as Peggy Schuyler join Magula in the saucy tune, “The Schuyler Sisters,” which are one of the many highlights of the show. In “Satisfied,” Angelica come to terms that her relationship with Hamilton will remain plutonic because of her loyalty to her sister.

Playing the formidable role of General, and later, President George Washington, is Marcus Choi. We sometimes think of Washington as one-dimensional and larger than life. However, Choi creates a character of depth—one who cared about his men (“Right Hand Man”) and loved his country more than power.

The most hilarious role is King George III, played by Neil Haskell. Haskell’s performance deserves the thunderous applause he received. It is one of the few numbers where the performer is alone on stage. “You’ll be Back” and “I Know Him” are witty and, in contrast to the other performances, Haskell’s is delightfully over the top.

Warren Egypt Franklin takes on both the Marquis de Lafayette and Thomas Jefferson. Both men are a little less glorious than the heroes we imagine—Lafayette is a bit debauched and Jefferson is a foppish snob. His standoff in the “Cabinet Battle #1 and #2” with Hamilton and Washington are both entertaining and insightful.

Marcus Johns (understudy who also plays John Laurens) also gives a memorable performance as Philip Hamilton, Alexander and Eliza’s oldest son. He captures the young boy in “Take a Break” and the teen in “Blow Us Away.”

There are also noteworthy performances by Conroe Brooks (understudy) as Hercules Mulligan and James Madison, Christopher Rice-Thomson (understudy) as Philip Schuyler, James Reynolds and Doctor, Gabriel Hyman as Charles Lee, and Trevor Miles as George Eacker. The Ensemble on press night were Aaron J. Albano, Taylor Broadard, Demarious R. Copes, Pedro Garza, Cyndal Gilmore, Kristen Hoagland, Gabriel Hyman, Mallory Michaellann, Taeko McCarroll, Trevor Miles, and Christopher Rice-Thompson. It was impossible to tell who were the regular performers and who were the understudies/swings—no one missed a note or a step. Cheers for understudies and swings—theatre would grind to a halt without them!

Paul Tazewell puts a little contemporary spin on the 17th century costumes. Andy Blankenbuehler’s choreography is a little Bob Fosse, a little Jerome Robbins, and a little Cardi B. Every movement has meaning. Lighting design by Howell Binkley and sound design by Nevin Steinberg make you feel that you are right there in New York City or the battlefield.

With music, lyrics, and book by Miranda (based on the book, “Alexander Hamilton” by Ron Chernow) and direction by award-winner Thomas Kail, “Hamilton” is amazing theatre and has become a standard for this century’s American musical. If you are devotee of musical theatre, this is one you don’t want to miss. It educates, entertains and gives us insight into ourselves and others, both famous and forgotten.

Running Time: Two hours and 45 minutes with one 15-minute intermission.

Advisory: Recommended for ages 10+. There is some strong language and non-graphic adult situations.

“Hamilton” runs through October 9, 2022 at the Kennedy Center Opera House, 2700 F Street, NW, Washington, D.C. 20566. For more information and tickets, click here. You can purchase a max of 8 tickets for the run of “Hamilton.” A limited number of $49 Rush tickets will be available for every performance beginning 2 hours prior to curtain time at the Kennedy Center Box Office, except for the Sunday matinee performance when Rush tickets will go on-sale at noon. Tickets are subject to availability and have no guaranteed location. 2 tickets max per person. Void if resold. Covid Policy: Masks are required for all patrons inside all theaters during performances at the Kennedy Center unless actively eating or drinking.