‘A Quick 5’ with Actor Jef Chi, Performing in The City of Fairfax Theatre Company’s ‘Macbeth’ 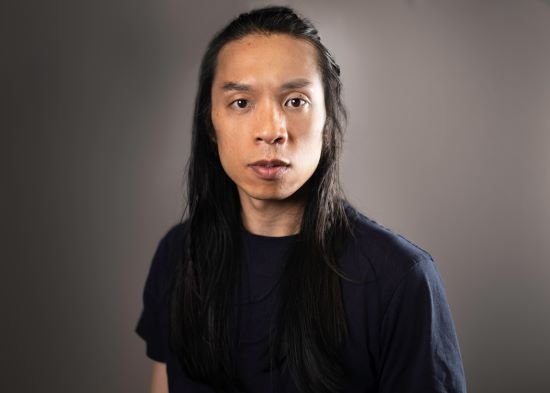 Jef Chi plays the titular role in the City of Fairfax Theatre Company’s production of “Macbeth.” Photo by Heather Regan.

The City of Fairfax Theatre Company will be presenting William Shakespeare’s “Macbeth” at the Veteran’s Amphitheater in Fairfax, Virginia beginning September 9, 2022. The CFTC is excited to be able to perform Shakespeare’s “Scottish play” outdoors. The group will have the extra added complication of breaking down the set each night. Their cast is multi-generational (ages 9-adult) and includes actors from across the Delmarva area. Co-director Julia Tasheva added a real focus on movement. The other co-director, Stepehen Shetler (and also Tasheva’s husband), has a significant background in both directing and performing in Shakespearean plays. Making this a family affair, their daughter Isabell will be playing one of the witches. Another family tie-ins include Olivia Hinebaugh as Lady MacDuff and her son, Kit, who plays her son—and two siblings, Amy and Ally Steinhardt, are also cast.

The title character will be played by Jef Chi who is extremely honored to be joining the CFTC cast of “Macbeth.” Jef, who lives in the greater Washington DC area, has performed along the East coast in productions such as “Twelfth Night,” “Revenger’s Tragedy,” and “Uncle Vanya.” Jef also enjoys improvisational comedy—Jef’s default character is playing a tomato facing an existential crisis. He was about to write a joke about Hamlet as a tomato but will stop right here.

Can you tell us a little about yourself?
I grew up in Central New Jersey and attended school at The New School in Manhattan, studying poetry. My favorite thing to do in NYC was go to 42nd Street and 7th Avenue and bathe in the Time Square lights on a bi-weekly basis, at the very least.

Can you tell us more about this tomato character?
Yes, Hendrix the tomato looks like all the other tomatoes on the vine, however, deep inside Hendrix knows that Hendrix is unique from all the rest. Hendrix now has to find a way to stand out, but how?  I know…wow! Where do I come up with this gold? That’s a secret I’ll never tell.

Have you had any formal Shakespearean training?
I was a part of a Shakespeare reading group/troupe. We would do performances in the basement of an old apartment building on the Upper West Side of Manhattan. That led to getting involved in additional productions around the area.

Is Macbeth a good guy gone wrong or a calculating villain waiting for his chance?
Most definitely a good guy gone wrong. Falling into temptation is a slippery slope even for folks with the best intentions. Getting a taste of one’s deepest desires—Macbeth’s is his desire to be king—can make one go mad for a taste for more, regardless of the consequences.

Do you think the Macbeths love each other or do they just feed off each other’s worst selves?
It’s a muddy mix. I’m sure there’s a tincture of genuine love there. That said, I think for the Macbeths it’s more the case that they love aspects of each other that fulfill the inner desires or wants, if you will, that they themselves lack. So what may be perceived as love for one another in reality is just a love for what the other person can give them or how that person makes them feel, in that transactional sort of way.