‘A Quick 5’ with Mark Steinberg, Violinist with the Brentano String Quartet, performing at Candlelight Concert Society 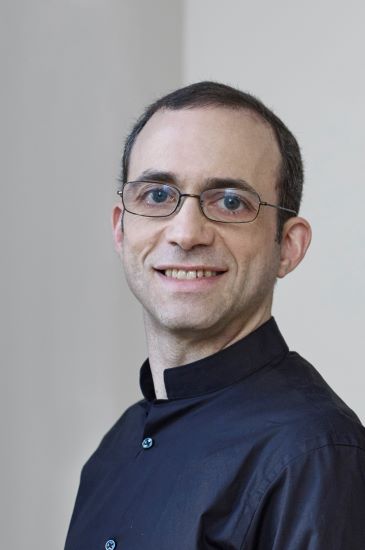 The Brentano String Quartet with Alexander Fiterstein, clarinet, will be performing for Candlelight Concert Society on October 9, 2022. The program will include works by Claudio Monteverdi, Mozart, and Dvořák. The group was formed in 1992, named after Antonie Brentano, Beethoven’s “Immortal Beloved,” and has been performing worldwide to critical acclaim. They were called “Passionate, uninhibited and spellbinding,” by the London Independent and The New York Times stated their music had “luxuriously warm sound [and] yearning lyricism.” They are presently Artists-in-Residence at the Yale School of Music.

Awards and honors include the first Cleveland Quartet Award (1995); the Naumburg Chamber Music Award (1995); inaugural members of Chamber Music Society Two at the CMS of Lincoln Center (1996); and the Royal Philharmonic Award for Most Outstanding Debut (at Wigmore Hall in 1997.)

I had a chance to talk to their violinist Mark Steinberg who also arranges some of their music.

Can you tell us a bit about yourself?
I was born in New York City, and it is still my home, so I haven’t gotten far! I do get to travel, though, so I can keep coming back with fresh eyes. (I especially like to go away into the mountains, and have spent a lot of time in the Himalayas.) The quartet is another kind of home, a family, and a fertile artistic base. I’ve known I wanted to play string quartets for as long as I’ve known I wanted to be a professional musician. The feeling of these four lines talking to each other, blending and separating, agreeing and debating, is thrilling for me, and the music we get to play is some of the most beautiful and fascinating I know. Three of us have been in the group since its inception, 31 years ago, and our “newest” member, Nina, has been making music with us for 23 years now.

How young were you when you started playing the violin and what drew you to that instrument?
I was five when I started. I grew up very close to one of my grandfathers, a loving and inspiring man with many remarkable accomplishments and a deep love for music, especially for the violin. He wanted to play the violin when he first came to the US as a teenager from Lithuania, and even took some lessons, but he was working as a meat cutter and always had cuts on his fingers! He never really learned to play, nor did he convince his sons to do so. But when I was five, he took me to a violin concert and then talked me into starting. To be honest, I think I had already shown a real interest in music, but, still, I didn’t really know what I was getting into! He used to sit in my room for hours as I practiced, and eventually he even got to be at many of our quartet concerts, both in the US and in Europe. I will always be grateful to him for many, many things (the subject for another interview!), and certainly somewhere on the top of this list would be giving me the opportunity to have the musical life I have, which has brought me so much joy and fulfillment, and which promises to do so for as long as I’m around.

You play all over the world, but is there a particular venue or venues that are most memorable for you?
I won’t soon forget playing in a beer brewery in Mexico (loud machinery and advertising the concert time an hour before it was really starting because the habit is for people to come so late, or so we were told); a huge ancient amphitheater in Greece (mind-blowing acoustics and setting—why do we have so many bad sounding indoor halls when the ancient Greeks could make such a great sounding space outdoors?); and a remote town in Alaska (took a sea plane to get there; only 60 inhabitants, all of whom attended this once per year event, including a dog who wandered on stage). Then there are other venues, less unusual ones perhaps, where we’ve played so often that we’ve gotten to know the audiences there like family. That’s awfully nice.

Which composers’ works are your favorite to perform?
I love this question and also, I hate it, because if makes me feel like once I answer I’ve betrayed so many composers whom I love so deeply and who have added immeasurable richness and beauty to my life. Nevertheless, a single answer comes to me quickly: Haydn. One of the things I so love about our repertoire (which we are constantly expanding on both ends, transcribing pieces from before the string quartet existed, like the Monteverdi on this program, and playing brand new works, sometimes written especially for us) is the enormous variety of expression it offers. But this variety is already present in the huge body of works left to us by Haydn, the first composer to write an enormous set of masterpieces for this combination of instruments. He laughs (a lot), cries, sings, and dances. The quartet as an assemblage of four interesting individuals is so alive in his hands, and the way he combines and recombines, intertwines and weaves together the lines is ever-shifting and full of magic. His imagination, delight, and depth of feeling seem infinite to me. I can’t imagine my life without Haydn, and I always, always feel lucky to be able to speak through his creations.

I ask this to all musical performers for all the youngsters first starting out.  How much do you practice each day on the average? The quartet rehearses most days for a few hours, and then there is individual practicing on top of that. I’m not a huge practicer, at least looking at the time I spend with the instrument in my hands, although there are days when I do a fair deal. I’m a big believer in “mental practice,” meaning hearing and rehearing, feeling and re-feeling in the mind, in the imagination, not necessarily making external sound or physical movements. That said, I practiced about four hours a day for most of my childhood, usually starting with an hour and a half early in the morning, before school. I was a stupid child—my teacher told me I should practice four hours a day, and it never occurred to me that I could object! I don’t think that’s necessary, though. Some practice is important, but quality of attention trumps quantity of time any day.

If you would like to hear the violin of Mark Steinberg and the rest of the Brentano String Quartet with Alexander Fiterstein, clarinet, you can catch them at the Candlelight Concert Series, Smith Theatre in the Horowitz Center at Howard Community College in Columbia, MD on Sunday, October 9, 2022 at 4 pm. For tickets and information, go to their website.