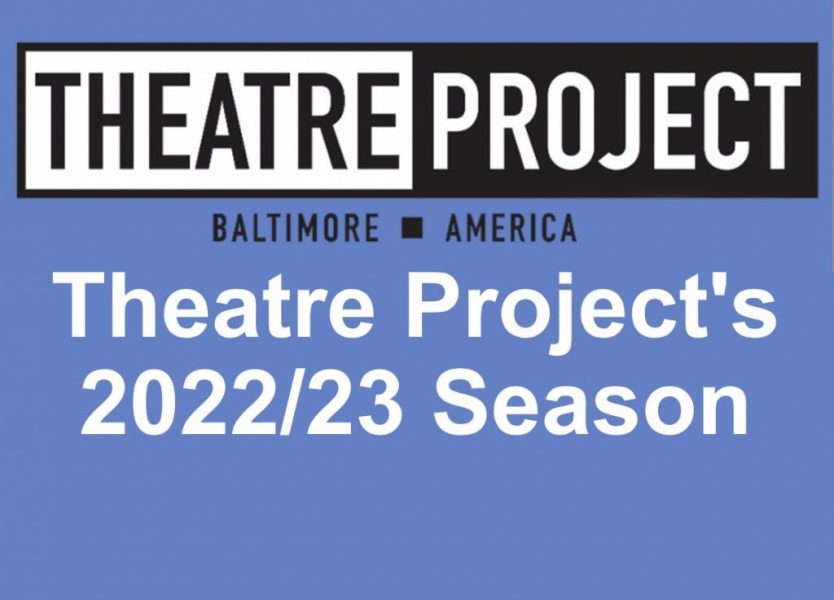 Kicking off the new season is High Zero, the premier festival of Improvised, Experimental music on the East Coast, back for its 23rd year, featuring the most inspired improvisors from around the world.

Next up is the innovative opera company IN Series, with The Nightsong of Orpheus, a one-of-a-kind performance weaving together haunting baroque melody, poetry, and dance, with Noh, the ancient, masked musical and dramatic tradition from Japan.

In October, Iron Crow Theatre is here with the first of their four 2022/23 productions, Robert O’Hara’s audacious and hilarious Mankind, set in a future where women are extinct, everyone’s gay, abortion is illegal — and Jason gets pregnant.

The incomparable Happenstance Theater returns to Theatre Project in October and November with Pocket Moxie: A Happenstance Vaudeville. Back by popular demand, Pocket Moxie is an homage to the style and spirit of the Great Age of Vaudeville with slapstick comedy, tight harmonies, and celestial charades.

To wrap up 2022 and begin 2023, Iron Crow Theatre is back with Head Over Heels, a bold new queer musical comedy featuring the music of all-female rock band The Go-Go’s. And it’s the Real Housewives meets HGTV with a side of “lesbian-pulp-Greek-tragedy” in Hurricane Diane, Madeline George’s brand-new commentary on climate change.

Rounding out March, The Jim Henson Foundation grant-awarded company Alex and Olmsted will premiere their new show Hubba Hubba, a collection of vignettes using puppetry and movement to explore different aspects of romantic love. There will be live singing and music, shadow puppetry, physical comedy, and as is expected from an Alex and Olmsted production, audience participation. Fun for everyone!

In April, IN Series returns for I Was Looking at the Ceiling and Then I Saw the Sky, a “song play” from composer John Adams and poet June Jordan, blending America’s popular music styles with searching poetry of love and the leaning towards justice, while telling the story of seven mix-matched souls that find themselves thrown together during the 1994 Northridge, California earthquake.

Theatre Project’s 2022/23 season comes to a close with IN Series’ final production, Chuck & Eva. In 1992, the godfather of Go-Go, DC legend Chuck Brown, and a then unknown Maryland singer named Eva Cassidy created an album of music from the Great American Songbook called The Other Side. This is the story of that album, and of the unlikely friendship that developed between these two artists whose lives could not have been more different, but who were bound together by music rising from deep in their souls.

The new season will also feature Guest Artists including star of TV and stage, Ami Brabson (Homicide: Life on the Street, Phenomenal Women, A Change is Gonna Come), returning in April for two performances only, with her new show Resilience & Joy.

Peabody Dance! performs new works from their talented students, and D.C.’s GRIDLOCK Dance is here in March with a dance premiere.

And long-time Theatre Project favorite Air Dance Bernasconi will be back in May with a brand-new evening of aerial dance artistry.

As always, shows, special events, and exhibits in our John Fonda Gallery are added throughout the year. Updates to the season and gallery schedule can be found on our website, here.

If you are someone who likes to sample a little of everything, choose our Standard Flex Pass, valid for 6 admissions to most Theatre Project shows (special events and other special engagements excluded.) Price: $100 ($85 for Seniors 65 and over)

And for those of you who want it all, and who doesn’t, the All Access Pass gives you two admissions to most every Theatre Project show (special events and other special engagements excluded.) Price: $200

For information or to purchase a Flex Pass call 410-752-8558, or email boxoffice@theatreproject.org.