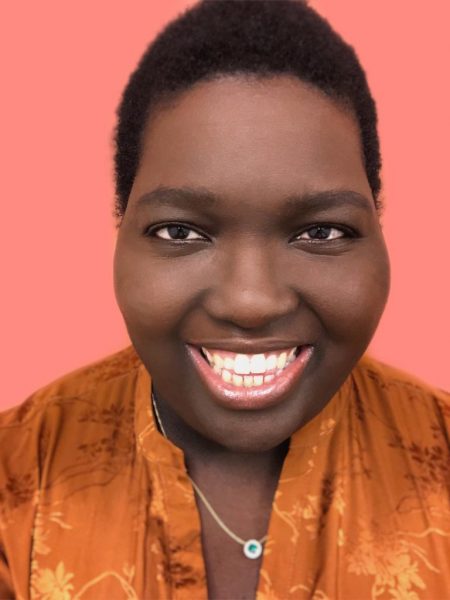 August Wilson’s “King Hedley II” will be performed by Dominion Stage starting October 21, 2002. It is being directed by Rikki Howie and produced by Christine Farrell. The executive producer is Rebecca J. Harris. This acclaimed drama by August Wilson is the ninth of his ten-play American Century Cycle. Set in the Pittsburgh Hill District of 1985, this Tony nominated play tells the story of King Hedley, an ex-con attempting to rebuild his life by starting a family and selling stolen refrigerators so he might eventually buy a video store. The play comments critically on the supply-side economic theories of the day, examining whether their stated aim of providing trickle-down benefits to all Americans truly improved the lot of urban African Americans.

1. You are truly a Renaissance woman with a fascinating background! Tell us a bit more about yourself and how you found your passion for theater and acting while also being a lawyer and teacher.
A Renaissance woman. I love that! I was born in Sénégal, moved here when I was very young for my father’s job at the International Monetary Fund (IMF), and have lived in several countries. I have always enjoyed entertaining others but didn’t start getting into theatre until my senior year of high school. Acting really clicked for me when I played Ms Pike in Donald Margulies’ “July 7, 1994” my junior year of undergrad. She is a pregnant, battered, and prejudiced woman who has to deal with a white doctor and she and I became one. That was the epiphany that made me realize  how much I loved people and stories and wanted to interpret them for the rest of my life. This became one of my many passions. I’ve always been a person of many interests and passions. Along the way, I fell in love with teaching and practicing the law.
2. It seems like we see your name everywhere performing in so many theaters in the DMV area, breaking down stereotypes with the different characters you play. What has been your favorite role so far and what is a role or roles you would love to take on in the future?
It has truly been an honor and privilege to be able to play in so many theaters. To many more, I hope! This is such an impossible question as I have loved and cherished so many characters and their stories. The one that lives strongly in my heart and soul right now is Adenikeh form Jocelyn Bioh’s “Nollywood Dreams.” Her energy and passion fuel me to this day. There are so many roles that I would love to play but if I must choose three, they would be Marianne Angelle in Lauren Gunderson’s “The Revolutionists;” Romeo in William Shakespeare’s “Romeo & Juliet, and Mama Nadi (or Josephine or Sophie) in Lynn Nottage’s “Ruined.”
3. Do you prefer performing comedy or drama and why?
This is an extremely hard question to answer, especially during this year where I’ve delved into a lot of comedies and rich comedic roles. That being said, I am very much attracted to drama because of the vastness and range of the emotions that it demands from me. I love getting to dig deep while moving others and myself.
4. This is your debut with Dominion Stage! Talk about how that experience has been.
Our director extraordinaire, Rikki Lacewell has been the glue in making this a meaningful and a great way to dive into my first live August Wilson play. The Dominion Stage crew has been very kind and I look forward to working with them again in the future.
5. August Wilson’s work is monumental. The play takes place in 1985. Tell us about your role in this production and this play’s importance and relevance to today’s audiences.
I play Stool Pigeon, which is a role I would have never thought that I would play in a million years. Similarly to Rafiki in “The Lion King”and to Shakespeare’s fools, Stool Pigeon (Canewell) is part wiseman and part mad. He is a musician, a spirit guide, and a seer. Though the play takes place in 1985, the themes still resonate strongly to this day. Everyone is trying to overcome their own circumstances, to survive, to simply live and love in peace. One cannot escape one’s destiny. “The story has already been written. All that’s left now is the playing out”- August Wilson. Though we may not all reach it, many of us strive for some form of enlightenment in this life. We can all identify and relate in their search for physical, emotional and spiritual happiness, love, and peace.