Dance Review: ‘Les Sylphides and Other Works’ at Ballet Theatre of Maryland 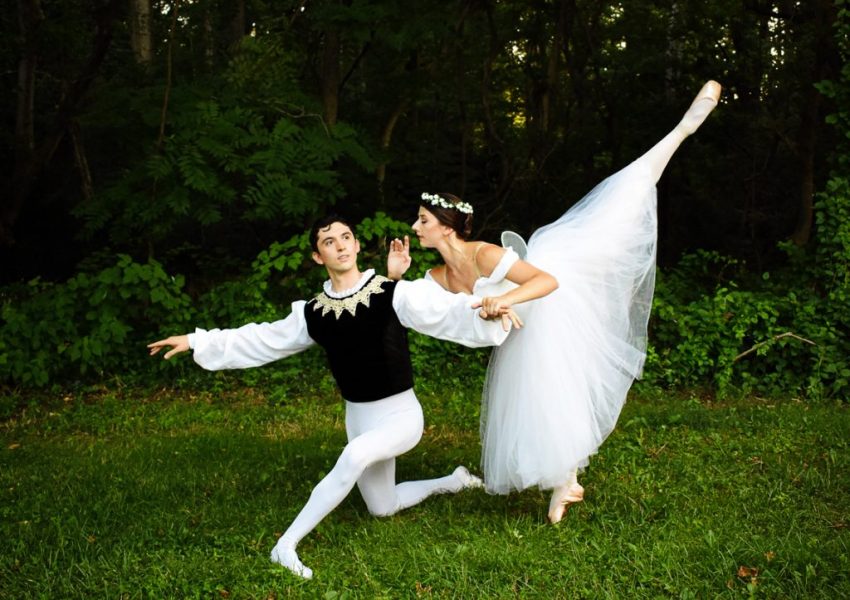 Artistic director Nicole Kelsch took a risk in presenting both the beloved 1909 Russian classic, “Les Sylphides,” and the thoroughly modern romp, “Hijinks and Lullabies,” on the same program called “Les Sylphides and Other Works.” As it turned out, Ballet Theatre of Maryland (BTM) met the challenges of dancing an authentic interpretation of the ultra romantic ballet, followed by a humorous presentation of Keith Lee’s latest creation—so colorful and buzzy. It was a treat for all ages with four distinctive ballets on the bill.

…the entire musical ensemble created a beautiful ballet experience…danced above and beyond anything previously seen.

“Les Sylphides” has been described as “a ballet of mood,” originally choreographed in the early 20th century by Mikhail Fokine to Chopin’s familiar music. Due to the confusion with the completely different, “La Sylphide,” some still refer to Fokine’s work by its original title: “Chopiniana” or “Reverie Romantique: Ballet sur la musique de Chopin,” as performed at the Mariinsky Theatre a few months after its premiere. Whatever one choses to call it, the current versions look to early Russian roots, i.e. Diaghilev’s Ballets Russes with an original cast led by Anna Pavlova, Tamara Karsavina, Vaslav Nijinsky, and Alexandra Baldina.
Historians are also up in the air with the ballet’s theme. A young man walking at night and encountering a group of white sylphs (“spirits of the air”) or “a poet dreaming about his inspirations.” In this production, the lone male was noted as “poet,” but this is really about the music rather than its characters.
In a word, “dreamy” best describes the ballet with Isaac Martinez as a fine partner for the ballerinas, especially Lauren Martinez who captured our attention with her loveliness and special gestures. The slyphs wear white, romantic tutus (knee-length). Dreamy again comes to mind with description of the costumes, a nod to Wardrobe Coordinator, Karissa Kralik, also listed as Costume Seamstress and Designer.
What a wonderful bonus to have live music for the dancers, thanks to Londontowne Symphony Orchestra, representing the mid-Atlantic region and making classical repertoire appealing to all audiences. Under the watchful eye of Music Director/Conductor Anna Binneweg, she kept the tempo precise for the ballerinas on pointe, and the entire musical ensemble created a beautiful ballet experience.
After a brief intermission, we were jolted out of our dreams with “Flow and Ebb,” a modern ballet by Cindy Case (who performed a lovely waltz variation in “Les Sylphides”). Here it was hip thrusts and soaring leaps to the “Finale” of” Piano Trio in G Major” by Claude Debussy, a recording as the orchestra left—definitely missed by this writer. Once again, the BTM dancers were challenged and pulled it off with some tricky choreography.
It was nice to see Eddie Stewart’s name on the program. It brought back some sweet memories of his early work with dancers from Baltimore and surrounding dance companies. After retiring from dancing, Eddie became the Ballet Theatre of Maryland’s (originally Ballet Theatre of Annapolis) first Artistic Director in 1980. His fans will never forget his gift for presenting the ballerina at her best. His “Sapphire Romance” is bold and daring—yet another challenge for the young dancers and another success that brought the audience to its feet. The royal blue costumes left a memorable image of class and talent. It’s worth repeating during the 2022-23 season.
For the grand finale, it was up to Keith Lee to deliver a winning work. Like Eddie Stewart, the Alvin Ailey alum has been a fixture in the Baltimore-Washington, DC dance community for decades. He once led a master class in Columbia during a summer Festival of the Arts. He continues as a freelance choreographer, master teacher, artist laureate, and movement impressionist, among other job descriptions. For the BTM program, he premiered “Hijinks and Lullabies” to a score by Gustav Mahler. The costume design and construction is award-winning, thanks to Alyssa Taylor, and the entire cast danced above and beyond anything previously seen.
While it’s an ensemble piece—somewhat reminiscent of Ratmansky’s comic touches for American Ballet Theater and other companies open to funky moves—Emily Carey stood out as Madame Bilious as did the Chateau Manager in yellow shoes! The program describes the ballet as “fits of chaotic humor coupled with abundant frenzy, seizing mischief at every threshold. Surreal sobriety encounters the final lullabies.” No additional description is needed. Let’s hope we have another round of this comic gem.
Running Time: Two hours with one 20-minute intermission.
“Les Sylphides and Other Works” ran from October 7-9, 2022 presented by Ballet Theatre of Maryland at the Maryland Hall, 801 Chase St., Annapolis, MD 21401. Next up is “The Nutcracker.” For information on upcoming BTM performances, call 410-224-5644 or visit here.