News: Capitol Comedy’s ‘Two Cheers for Democracy’ One Night Only at the F. Scott Fitzgerald Theatre 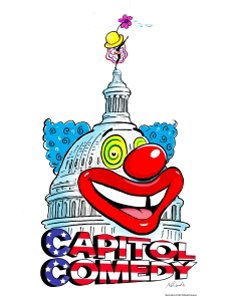 Missing Capitol Steps? Well, here comes Capitol Comedy! We all need help to get through the midterm elections so lose your blues and keep your composure with Capitol Comedy’s national 2022-23 tour of “Two Cheers For Democracy.” Mayhem from this comedy troupe comes to the F. Scott Fitzgerald Theatre in Rockville for one night only on Friday, October 21, 2022 at 7:30 pm. Six insanely talented performers spare no one sending up all sides of the political spectrum with song parodies, comedy sketches, mock commercials, and fake news updates. No topic is off limits: the Supreme Court’s overturning Roe v. Wade; the purging of books from public schools; the promotion of “protest tourism;” and much more. 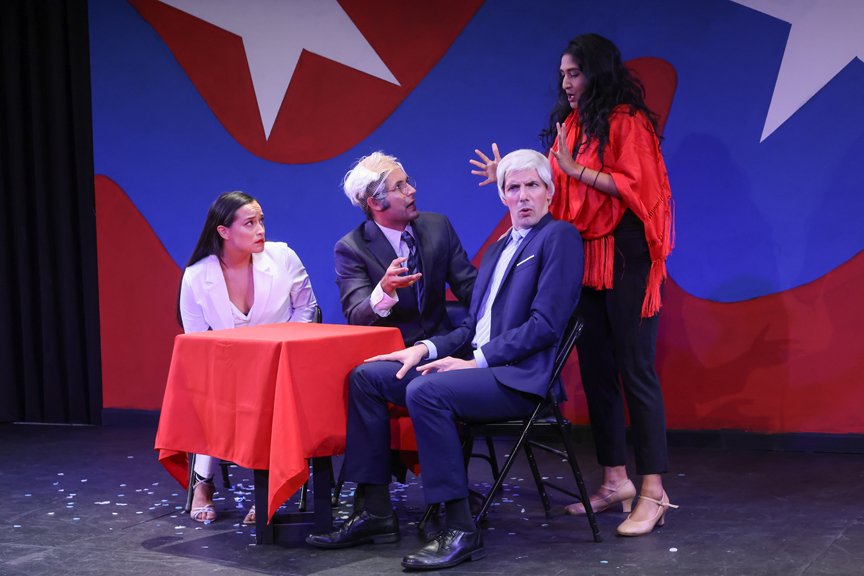 See what happens when Biden’s psychic mistakenly conjures up the ghost of Richard Nixon instead of Franklin D. Roosevelt. Hear the Election Fairy sing her advice to a congressional candidate about visiting “MAGA Gaga Land!”

“Capitol Comedy serves up a humor-filled plate of hard truths…all done in the spirit of fun with parodies of familiar tunes [from Broadway, pop culture, Chopin, and Gilbert & Sullivan] as well as some original music, accompanied by music director/pianist Brenda Varda. Washington-based writer-director-producer Nicholas Zill assembled this troupe of exceptionally gifted sketch performers, singers and impressionists to fill a political comedy vacuum created by the retirement of the group Capitol Steps.”
– Culver City News 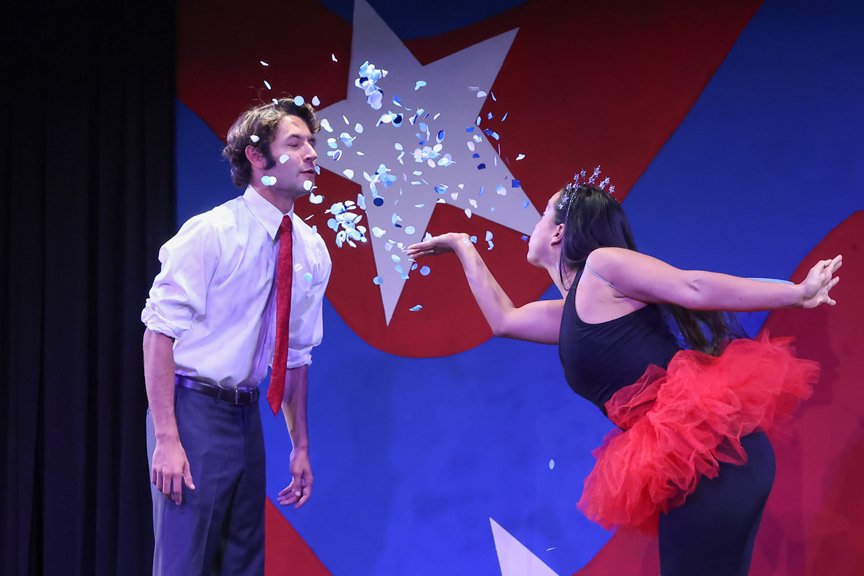 Read what audiences are saying:

“I went to this show to witness audience turmoil and to defend my ideals. What a great surprise to find a mixed audience peacefully enjoying the show and laughing hysterically at one another. The comedy was biting but not offensive and praise to the writers for their skill in making it fun for everyone. No one in the audience seemed upset. This was my favorite show this year…”  Horatio

“So much divisiveness in politics, so we came to Capitol Comedy to just laugh at it all.”
Katie B.

“I never thought politics could be this much fun!”  Jeffery F.

“I laughed so hard. Capitol Comedy is now the only way I view politics.”  Kris C.

“Today’s politics makes me cry. I cried at Capitol Comedy because I was laughing so hard!”  Tina S.

Capitol Comedy presents “Two Cheers For Democracy”
Written and produced by Nicholas Zill
Directed by Caitlin Hart with music direction and piano by Brenda Varda
Friday, October 21, 2022 at 7:30 pm
The F. Scott Fitzgerald Theatre
603 Edmonston Dr., Rockville, MD, 20851
240-314-8690
Tickets are $30 for Adults and $25 for Students & Seniors. They can be purchased online here.