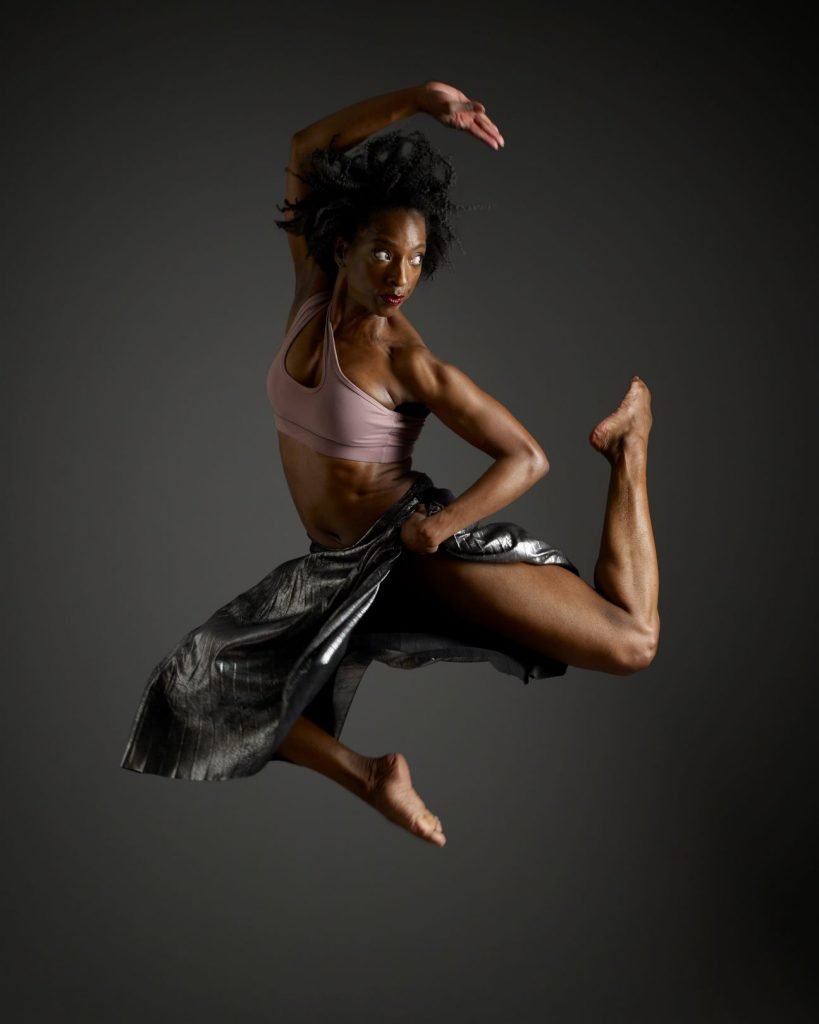 Now in their 22nd season, Baltimore’s Full Circle Dance Company has a thoughtful model for producing an evening of dance. The company’s annual mixed-repertory performance is carefully curated around a specific theme, creating a space where different aspects of an idea can be explored through a mosaic of artistic visions and perspectives. This year’s offering is “Home: Longing and Belonging” at Baltimore Theater Project and featured work by choreographers Elizabeth Quinones, Travis D. Gatling, Jennifer Seye, Morgan James, Donna L. Jacobs, Misty Yackshaw, Heather Perrow, and Hope B. Byers. Many of the choreographers are also members of the company, and the Saturday evening show included a strong performance by repertory students of the Morton Street Dance Center. It was a multigenerational evening of dance for a refreshingly multigenerational audience.

…a multigenerational evening of dance for a refreshingly multigenerational audience. ‘We Stand for Those Who Stood’…is a protest anthem of a dance which hits with tangible physical force like a wall of sound…’Home / Less’ was stunning.

One of the evening’s stand out works served as a direct counterpoint to the student dancers. Set to the original poem “Here to Stay” by Baltimore poet Gayle Danley, “The Hill” is a gentle, but unvarnished introspection into the experience of being at home in an aging body. As Full Circle director Donna L. Jacobs walked downstage in silence and silver sequins at the top of the second act, she held the attention of the room in a way that only a seasoned performer can. You can’t teach anyone to move like that, you just have to learn. And it takes time. Yackshaw’s choreography spotlit that movement quality, and at times the steps themselves ineffably vanished leaving nothing on stage but a movement quality with an un-rushed and free flowing yet deliberate specificity. Nothing felt sudden or unexpected. Tightly coupled to the difficult verbal musicality without ever feeling percussive, “The Hill” was a performance of being at home within a state of motion and of being at home in the passage life.

Two other performances stood out as well—Travis D. Gatling’s “We Stand for Those Who Stood” and Jacobs “Home / Less.” “We Stand for Those Who Stood” is set to a score which juxtaposes the cadence of Martin Luther King Jr.’s 1968 Prophetic Last Speech with the a cappella lyrics of Bernice Johnson Reagon and Sweet Honey in the Rock’s “I’m Gon’ Stand!” It is a protest anthem of a dance which hits with tangible physical force like a wall of sound. Performed earlier this year at the Baltimore Black Choreographer’s Festival, it embodies the physical labor and toll of emotional states experienced by Black and oppressed peoples in America and beyond. From rage to exhaustion to a prayerful resoluteness, the work felt like an expansive tapestry of lived experience with each response to trauma and violence, visible in its unique tempo and physicality.

The opening scene of Jacobs “Home / Less” was stunning. Half a dozen dancers under harsh toplight staring back at the audience in rags while a few worn sleeping bags littered the stage. It was a choreography of minor movements—a twitch here, the dart of an eye here, a few steps—set to excerpts from The New York Times and Washington Post news coverage of the housing crisis, read by Jacobs and Algernon Campbell. It was a minimalist, harsh reduction of the choreography that was to follow—a choreography more in harmony against the syllables of the score than directly paralleling them—bare life laid out in the smallest movements. I can still see eyes staring back at me from a scene which should be all too familiar to anyone who pays attention. The epic, cinematic, and predictable Patrick O’Hearn score that dominated the second half of the dance broke the spell. The dancers were powerful, the phrase work was beautiful to watch, but it was all too comfortable. It was too easy to process in predictable counts of eight. The opening tableaux could only be counted in breaths, in the physical labor of the aspirations of survival. Maybe there is something to be said for repetitive music that is symbolic of the repetition of bare life, but that opening scene is the image that will stick.

Justin Rustle is a performer, educator, and writer from Gaithersburg Maryland. He received his foundational training at Maryland Youth Ballet and has a BFA in Dance Performance from Butler University and an MA in Performance Studies from the Tisch School of the Arts at NYU. Justin has performed across the United States with companies including Ballet Arkansas and Bowen-McCauley Dance, as well as appearing as guest artist with numerous other companies and schools. He is currently a dancer with Dana Tai Soon Burgess Dance Company based in Washington DC.