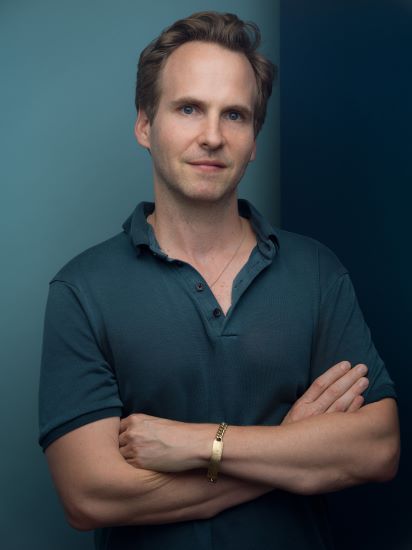 The works of Shakespeare have led to many new great scripts from “Rosencrantz and Guildenstern are Dead” to “Shakespeare in Love” and, recently “Gary.”  Some are based on the characters and some about the life of the Bard. Of course, they are all fiction. Some are based on fact, and some just the playwright’s imagination. Now there is another comedy fresh from off-Broadway which will be presented by the Shakespeare Theatre Company—“Jane Anger” by Talene Monahon which opens December 13, 2022. The play is directed by Jess Chayes.

It takes place in 1606 and Mr. Shakespeare (Michael Urie) has “writer’s block.” There is a real plague in London and theatres are closed. Sound familiar? Old Bill is quarantined with his younger apprentice Frances (Ryan Spahn) when a sharp-witted woman, Jane Anger (Amelia Workman), actually a real historical person, climbs into their lives. Anger is also a writer who would love to change the course of history. While Shakespeare struggles to write “King Lear,” Jane and his wife, Anne Hathaway (Talene Monahon), “take matters into their own more than capable hands.” The whole cast was in the off-Broadway production this year.

Can you tell us a little about yourself?

I was born on the East Coast in Wilmington, Delaware. My Dad worked for DuPont and was relocated to Troy, Michigan when I was a toddler. At 17, after graduation from Interlochen Arts Academy, I packed up my Pontiac and drove cross country to pursue acting professionally in Los Angeles. A few years later, I relocated to New York and attended The Juilliard School. Since graduation, I have remained in the city.

Do you prefer acting, directing, or writing?

It’s hard to say which I prefer, because they all weave together. Acting, without a doubt, was my first love. I initially pursued it because my life was in disarray. I needed an outlet. But, as I started performing professionally, I quickly realized I had no control over when I would be allowed to work. Someone had to hire me. As a way to keep my creativity alive during the down times, I turned to writing. This newfound hobby gave me that sense of control for which I was yearning. As my writing skills grew, I felt the desire for my work to be produced. I started directing and making my own content. (Films, plays, shorts, digital series, etc.) The long and short of it is… I like to stay working!

You have performed onstage, in film, and on television. What do you think the differences are, as an actor, in those three media?

Most of my career has been spent on the stage. There is nothing like the thrill of the unknown; the ability to try something new; and the feeling of a live audience. In the last few years, however, I have been working more on screen. With a play, something incredible can happen during a run and only a few people will ever see it because it can’t always be repeated. With on-camera work, the crew films every single moment of your rehearsal and performance. So, there’s a world in which that spontaneous thing that only happened once actually becomes preserved on film and lives on forever. I find the thought of that to be thrilling.

Can you tell us a bit about your role, Shakespeare’s apprentice, Francis, in “Jane Anger?”

I don’t want to say too much because he’s a person riddled with secrets, dreams, motives, desires, and goals. He’s at once the most human person I’ve ever played and arguably the most opposite. There is one line Francis has that told me everything I needed to know about him. Come see the show, find me after, and I’ll tell you what the line was. LOL.

Is there a role you would like to play in the future?