‘A Quick 5’ with Playwright, Author, and Translator, James Magruder 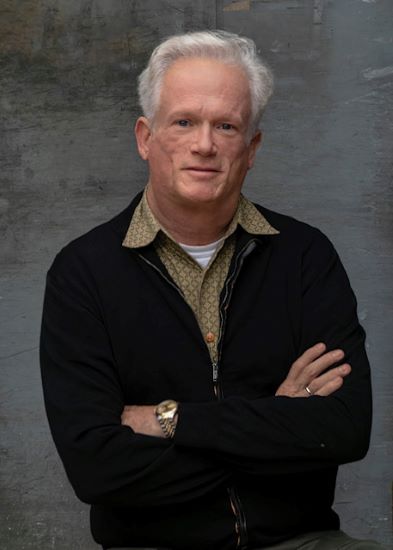 From the New York Stage to the Iron Crow Theatre in Baltimore comes “Head Over Heels,” the new queer musical that rocked the Big White Way garnering wonderful reviews. The book is written in blank verse and uses music from the all-female rock band of the 1980s, The Go-Go’s, with additional music from the groups’s lead singer, Belinda Carlisle. The same people who gave us “Hedwig and the Angry Inch,” “Avenue Q,” and “Spring Awakening,” give us this “hilarious, exuberant celebration of love.”

“Head Over Heels” was conceived by Jeff Whitty who wrote the original book and was then adapted by James Magruder. It is based on “The Arcadia” by Sir Philip Sydney, written in the 16th century. Sean Elias is directing the production with a fine crew which includes Quae Simpson (Choreographer and Assistant Director), Rachel Sandler (Music Director), J. Ethan Henry (Costume Design), Thomas Jenkeleit (Set Design), Thomas P. Gardner (Lighting Design), and Jane Schwartz (Sound Design).

We interviewed James Magruder about his own background and his adaption of “Head Over Heels” which will be opening on Friday, December 9, 2022 at the Baltimore Theatre Project.

James Magruder is an American playwright, author, and translator. Magruder received his doctorate in dramaturgy and dramatic criticism at the Yale School of Drama. He is best known for his work on Broadway where he wrote the book for the musical “Triumph of Love” and adapted Jeff Whitty’s original book for the Broadway mounting of the musical “Head over Heels.” His translation, “Three French Comedies” (Yale University Press, 1996) was named an “Outstanding Literary Translation of the Year” by the American Literary Translators Association. He has also published a short story collection, “Let Me See It,” and two novels, “Sugarless” (2009) and “Love Slaves of Helen Hadley Hall” (2017). “Sugarless” was a Lambda Literary Award finalist and was shortlisted for the VCU Cabell First Novelists Award and the 2010 William Saroyan International Writing Prize. He is a six-time recipient of the Maryland State Arts Council Individual Artist Award and a five-time fellow of the MacDowell Colony.  He has taught at the Yale School of Drama and Swarthmore College.

I was born in Washington, DC and spent my traumatically-formative, teenage years in Chicagoland. I went east to college and graduate school at Cornell and Yale School of Drama. I moved to Baltimore in 1991 to work at Center Stage as their Resident Dramaturg. With only 13 T-helper cells to my name, I expected to die of AIDS by 1997, but I was one of the first combination therapy miracles. (My HIV viral load has been undetectable for 27 years.) By the turn of the new millennium, my recovered immune system and I decided to get serious about my childhood dream of becoming a writer, and so I started writing short stories. I might have moved out of Maryland, except I met my husband, Steve Bolton, at the Wilmer Eye Clinic at Johns Hopkins. Only yesterday we celebrated 24 years together.

Why was the music of the Go-Go’s and Belinda Carlisle chosen for this show?

I was brought on to “Head Over Heels” in the summer of 2016, a few years after the original book writer, Jeff Whitty, came up with the brilliantly delirious idea of combining the beat of the Go-Go’s song catalog with Sir Philip Sidney’s utterly obscure, Elizabethan romance of 1580, “The Countess of Pembroke’s Arcadia.” So, Belinda and the Go-Go’s were a done deal by the time I began my work, although I did add a couple of tunes to the show and re-jiggered the dramatic context of several numbers. I’m proud to have honored Mr. Whitty’s original, blank-verse concept for the dialogue in the show. I spent two years counting to ten on my fingers.

Is there any message you would hope your audience takes away from the production or is it just done for sheer entertainment?

Here I will quote directly from my published “Advice to the Players” appended to the licensed script: “Head Over Heels” is not mean. It is not self-aware. It is not snarky. It does not refer to other musicals. It is not anachronistic. Sex permeates its content, but it is not a dirty show. It is a show with an open, generous, inclusive heart for heartless times.” “Heartless times” refers to the then-concurrent ways and means of the Trump Administration.

Do you prefer writing novels and short stories or writing and adapting for the stage?

Fiction has always been so so much harder for me to generate; because of that, I consider it a higher, more respectable calling. But it’s a solo, and therefore lonely, endeavor. There’s nothing more joyous than working with a director and a group of actors—like I am with Iron Crow right now—to put something together for the stage. In the end, audience members are a tougher crowd than book readers.

Do you have a new project coming up in the foreseeable future?

Thanks for asking. I have several. The hardest thing I will ever do—a non-fiction chronicle with the self-explanatory title of “The Play’s the Thing: Yale Repertory Theater 1966-2016”—is supposed to come out in 2023 from Yale University Press. I’m also working on two new musicals that I can’t talk about, and I’ve just finished a book of short stories titled “No One is Looking at You.” Its title is a tongue-in-cheek reference to my position as an old, white cis-male in a legitimately over-correcting American society. Fingers crossed that it will find a publisher.

“Head Over Heels” presented by the Iron Crow Theatre will be running weekends from December 9, 2022 through December 21, 2022 at the Baltimore Theatre Project, 45 W. Preston Street, Baltimore, MD 21201. For information and to purchase tickets, go to this link.