‘A Quick 5’ with Sammy Jungwirth, Theatre Prodigy, Brings the Premiere of ‘Zelda’ to CCBC 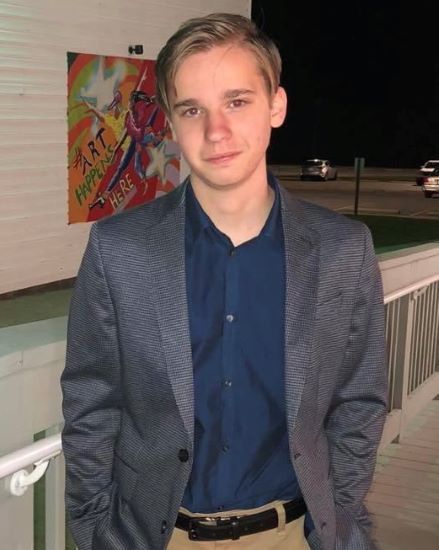 When Sammy Jungwirth, a 17-year-old theatre prodigy from Baltimore, discovered a musical called “Beautiful and Damned” originally produced in London’s West End, he decided to acquire the rights and bring the show, now called “Zelda,” to the stage here in Maryland. The 2004 show’s music and lyrics are by Les Reed and Roger Cook and the book is by Kit Hesketh Harvey, with additional material by Laurence Myers and Sammy Jungwirth. The original direction and choreography are by Craig Revel Horwood.

Sammy Jungwirth has worked on over 150 theatrical productions in the Baltimore area and is the youngest paid theatrical designer in the DMV area. He has worked with various companies and schools including Cockpit in Court, Vagabond Players, Silhouette Stages, Beth Tfiloh, Bowie Playhouse, John Carroll, and more. He has been nominated for three BroadwayWorld Regional awards for Best Set Design and has won two. Jungwirth is the producer, director, and lighting designer for the American premiere of the musical, “Zelda,” a biographical musical F. Scott and Zelda Fitzgerald. He has also written a one act play called “Sign in Stranger” which will be receiving a local premiere soon.

When I was six, looking to get me into something, my parents signed me up for soccer. After my second practice, I remember exclaiming how much I hated it. Shortly after that, my mother saw an audition listing for a children’s theatre production of “Seussical Jr.” She thought “maybe this could be it.” It was. Ten years later, I am still at that children’s theatre, serving as the resident Assistant Technical Director, and “Zelda” will be my 158th theatrical production. I credit both of my parents and my mentor Diane M. Smith for my love of theatre and thank them for always being so supportive. Though mostly a scenic designer, I also work in lighting design, sound design, props design, and stage management. I currently study theatrical design and production at G.W. Carver Center for Arts in Technology in Towson and hope to go on to work in the theatre for the rest of my life. Some of my other interests include screenwriting, painting, drumming, and graphic design.

What attracted you to this show?

In the summer of 2020, I came across the pro-shot of a forgotten West End musical from the early 2000s called “The Beautiful and Damned” on YouTube. It was a biographical musical that took you through the tragic story of F. Scott and Zelda Fitzgerald. The video had under 100 views, but at the time, I had set a goal for myself to discover as many musicals with which I was unfamiliar as I possibly could. So I clicked on it. By the end of the night, I had found a new favorite musical. The next day, I contacted one of the show’s producers and asked why no one had done the show since this initial production. To my surprise, he emailed me back and told me that the though the audience response was very enthusiastic, London critics disliked the show, and it closed after only three months. After a few email exchanges, I nervously emailed him and asked him if I could single-handedly bring the show to America through a staged concert. After checking with the writers, he agreed. After that, I spent a year assembling 14 of Baltimore’s most talented actors and a wonderful creative team full of my frequent collaborators and put together this show.

Why do you think F. Scott Fitzgerald and Zelda still fascinate us in the 21st century?

When you think about the Jazz Age, you think F. Scott and Zelda Fitzgerald. They were the model of glamor, beauty, and sophistication. But underneath all that, was a romance that was doomed to fail. I believe their tragic story still fascinates to us today because it is a major example of how things aren’t always what they seem, and there can be two sides of the same coin.

You have done many set designs. Are there set designers locally, nationally, or internationally, living or past, who influence your designs?

Every person I meet, every production I watch, and every design I see, inspires me. Growing up as a young actor, knowing I was interested in set design and watching all the local community theatre designers build their sets, was so exciting, I treated them like they were celebrities. I asked questions and wanted to get to know them. I am very fortunate to have meet many Broadway designers including David Korins, Anna Louizos, Beowulf Boritt, Christopher Oram, and more. I try to go up to New York to see a show at least once a month. You definitely do not need to go to New York to see good theatre. For me, inspiration is all around.

I hope to work in the theatre forever, whether it’s as a designer, director, or writer. I know that as long as I’m in the business, collaborating with fellow artists who are as passionate as I am about the work we do, I know I’ll be happy.

The concert performance of “Zelda” will be performed January 20-21,2023 at 8 pm in the 220-seat Lecture Hall on the CCBC Essex campus under the sponsorship of the Performing Arts at CCBC. For more information and tickets, go to this link.

To find out more about Sammy Jungwirth go to his website.