Concert Review: ‘Hope – It’s Been A Long Time Coming’ by Soweto Gospel Choir at The Music Center at Strathmore 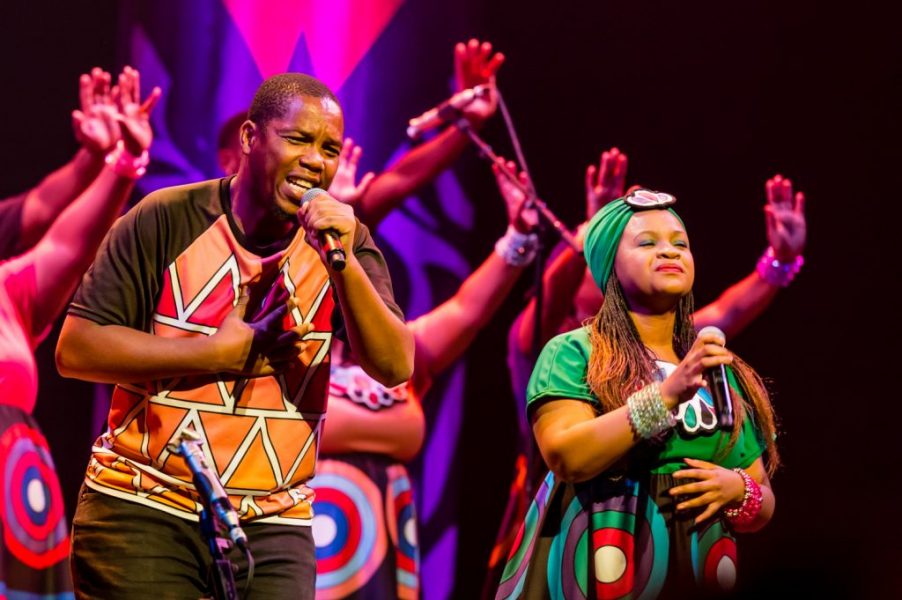 Soweto Gospel Choir brought joy, passion, and inspiration to The Music Center at Strathmore this past Tuesday with their concert “Hope – It’s Been A Long Time Coming.” Their selections were mainly drawn from their new album “Hope,” which is a collection of freedom songs from the civil rights movements of both South Africa and the United States. The choir also treated us to a variety of Christmas carols to help ring in the holiday season.

Founded in 2002, Soweto Gospel Choir has won three Grammy awards and has collaborated with a variety of diverse international artists, including Jimmy Plant, André Rieu, Chance the Rapper, and Beyoncé. It was easy to see Tuesday night why they are in such great demand! Their vocal tone was flawless, and they effortlessly blended complex harmonies. I particularly enjoyed the basses, with their booming deep notes that grounded the sound, especially on “Mary’s Boy Child.”

Different members of the choir soloed throughout the night, allowing us to admire their individual talents, whether it was growling explosions of passion, or floating high notes, or particularly expressive cries that tugged at our heartstrings. When the two featured soloists on “O, Holy Night” sang in harmony at the end of the song, it was so exquisitely beautiful that I got chills.

The choir fuses music and dance as they perform, which brings a super-sized energy to their songs that infects the audience with excitement. There were many moments where solo dancers were showcased, but the choir behind them also had a gesture, step, or dip for every note. Rather than performing these movements as mere choreography, the singers poured the music into their every motion so that the two elements seemed to become one endless feedback loop. The energy of the choreography fed their vocals, and the energy of the vocals fed their choreography. The result was a magical feast for both eyes and ears.

The choirmaster assured us that we would understand the spirit of the music, if not the lyrics, for the first half of the program, which included songs sung in about half of the eleven official languages of South Africa. True to his word, the emotions fully came through, from heartache to determination. The second half of the show featured African American freedom songs such as the divinely soulful “A Change is Gonna Come” (a huge crowd favorite), and my particular favorite, “Stand Up,” which the choir sung in tight formation. The concert ended with a truly stunning arrangement of Leonard Cohen’s “Hallelujah,” which the audience was even invited to sing along to in the final repetitions of the chorus.

Soweto Gospel Choir is a true tour de force, blending highly technical musicality with equally top notch energy and heart. This was a one night performance at The Music Center at Strathmore, so I highly recommend that you catch Soweto Gospel Choir in person the next time they come to town!