Theatre Review: ‘A Christmas Carol’ at Classic Theatre of Maryland 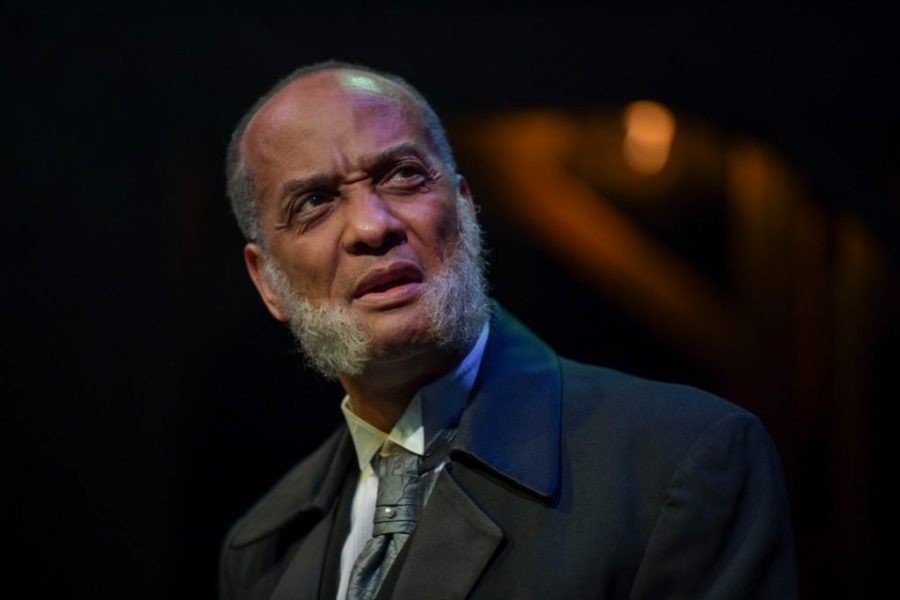 Kudos to The Classic Theatre of MD for taking “A Christmas Carol,” one of the most familiar and produced stories in the world—and making it fresh and compelling in a new adaptation by Sally Boyett and the director Donald Hicken. The main stage at Classic Theatre is small and intimate with a stage barely 20’ wide and seating on three sides. The close proximity of the audience to the stage includes them in every breath and whisper of the actors.

…fresh and compelling…new adaptation by Sally Boyett and the director Donald Hicken.

Dexter Hamlett’s Scrooge is neither booming or intimidating, but plays the old miser to great effect as angry, argumentative, and almost frightened as he desperately tries to maintain his distance and disinterest in his fellow man. He barges through groups of people on the street as though he doesn’t see them and has a doddering posture that gives the impression he already has one foot in the grave. Marley, played by John Pruessner, comes none too soon to save his undeserving partner. He howls and clatters as he drags his lengthy chain, barely under controls as he cries out to make Scrooge see the err of his ways.

The ensemble cast is excellent as they play many parts each. Colin Kemmerer is adorable as a tiny, Tiny Tim, made even smaller by the juxtaposition to his too-big secondhand crutch. When he speaks the audience leans in to hear every word and give him support.

Designed by Salydon Boyken, the sides of the stage carry the weight of the set decoration. Two sets of stairs and balconies climb dark, 19th-century buildings that serve to elevate the various spirits and a contrite Scrooge above the scenes he is compelled to witness. The ever-changing background projections by Joshua McKerrow set the scene and replace the need for complicated sets. The minimal moveable set pieces and props, made of a few crates and tables, spin in and out by choreographed actors silhouetted in the shadows between scenes. Fog plays a large part in most scenes in this production, giving the focus of the spirits’ interest in the past, present, and future the haze of an indistinct memory.

Director Hicken pares down dialog in several scenes to allow the production to be carried by dancing and merriment, to great effect. In Fezziwig’s bash and the party at Fred’s home, the clicking heels of the dancers and the swoosh of the hoop skirts as they fly by a few feet from the first row, place the audience in the room—and they would be forgiven for wanting to join in.