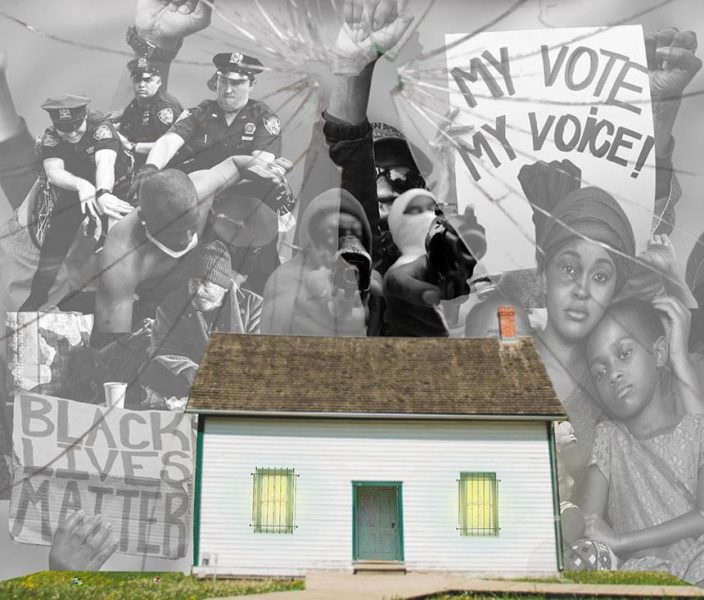 Sacrifice, Care, and Love Win Out

A multi-generational play, “Broke-ology” by Nathan Louis Jackson, ran at Coppin State University with its local resident company comprised of students and guest artists. As a playwright, Mr. Jackson is fully aware of the joys and anguish of siblings caught in the web of learning to care for an aged parent. Each son is also eager to prove their own dreams to one another.

The director, Willie O. Jordan, adroitly navigates the show letting his own extremely and carefully multi-talented students shine. In this last performance of the play, the student actors showed that they are clearly destined for theatrical greatness.

William Walker plays the aging father, William King, who is clearly in need of daily aid because he suffers from multiple sclerosis. His caregiver is his eldest son, Ennis (Isa Williams), who lives nearby. Ennis is stuck in a dead-end job of cooking charred meat and serving potato salad. He receives frequent phone calls from his wife to request his help with buying baby items. The young, upwardly mobile son, Malcolm (Obed Gant), has just finished a master’s degree in environmental science from the University of Connecticut. He wrestles with whether to stay with his ailing father or return to UConn to teach beginning classes in his major.

The father imagines his dead wife, Sonia (Brittany Saunders) from time to time who keeps him company in his lonely moments. Though she has passed on, she returns to dance with her ailing husband and reflect on their lives together. In those flashback moments, we witness the great love they had for each other and their two sons. They made a house in the hood a real home. Despite the urban blight around them, they created a sanctuary of love inside.

The script is not alien to any of us and is imbued with great feeling and spirit. The play, cleverly stitched together by the passion the father and son have for the game of dominoes, provides all the background the viewers need.

The world of the play is ably supported by a very functional set, props, and lights, beautifully created by Michael Klima. James A. Brown designed and provided a wonderful backdrop of sound by combining the music of Motown and contemporary hip-hop. Sharlene Clinton created costumes that took us back to the early 80s and 2008.

“Broke-ology,” the first production of the season, is well-selected, carefully set, brilliantly cast, and deserved a longer run.

Watch for the next play from the fabulous Coppin Repertory Theatre, “Pipeline” by Dominique Morisseau. If the company continues its upward spiral, you will certainly not want to miss it.