‘A Quick 5’ with Taryn Smithson, Actor in ‘CATS’ at The National Theatre 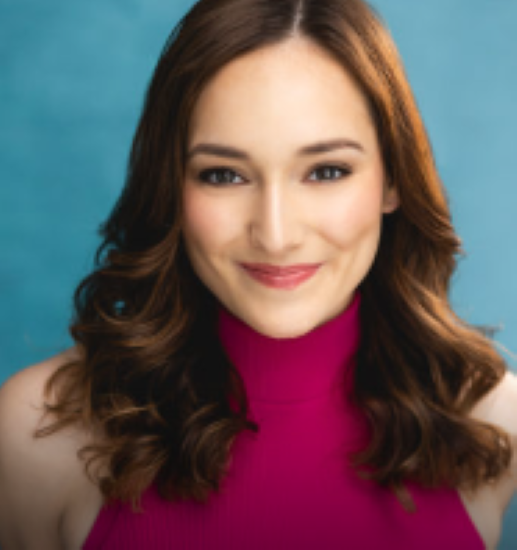 Many years ago, I saw “CATS” at The National Theatre in Washington, D.C. Since then, I have seen it two more times, but that first time was the most memorable. Now “CATS” is back at The National with a new production. “CATS” should always be seen in person. There is a lot of interplay with the audience and seeing the “kitties” slinking about the theatre is just something that cannot be transferred to the screen.

“CATS” was Andrew Lloyd Webber’s first big, solo musical, using the poetry of T.S. Eliot’s “Old Possum’s Book of Practical Cats” for his lyrics. Winner of seven Tony Awards® including Best Musical, it played on Broadway for 18 years. It never seems to lose it charm, and now has become the first—or one of the first—professional, big stage musicals parents take their children to see. The kids are usually ready for the show, wearing cat ears and sometimes cat costumes. Adults still enjoy the magic from the opening notes—which always sound like Webber wrote them for an illusionist—to the final retreat of the musical felines.

Taryn Smithson is making her national tour debut in “CATS” as Rumpleteazer. Taryn is from Northern Virginia and is a recent graduate of The Boston Conservatory at Berklee.

You are from this area. Can you tell our readers exactly where you are from, went to school, and where you live now?
I was born and raised in Leesburg, VA, a quick Metro trip from downtown Washington D.C. I went to Loudoun County High School and Boston for college. Now that I am traveling, my home base on breaks is home in Leesburg with my family. After the tour, I plan to move to New York City to continue pursuing theater.

What is your training for the stage (theatrical and musical training)?
I studied dance during all my youth at The Dance Academy of Loudoun in Leesburg. I am now on staff for them during the summers. I graduated high school and then attended The Boston Conservatory at Berklee for my BFA in Musical Theater.

In “CATS,” you play a mischievous feline. Did you study cat behavior for the role?
I spent a lot of time online watching “CATS” videos and following different Instagram accounts with cat content, my favorite being @catsdoingthings. My cat character, Rumpleteazer, is quite mischievous and “naughty” so I love when I discover videos of cats in places they aren’t allowed to be.

In all the productions of “CATS” I have seen, the actors intermingle with the audience. Is this true in this production and, if so, have you had any interesting reactions?
“CATS” is iconic for making its audience a part of the experience. We spend a lot of the show staring down audience members and introducing them into “our” space. Chryssie Cartwright, who has been with the show since its inception, helped teach us the show and was super specific about our relationship with the audience. Our set (“The Junkyard”) is our home and when the humans (our audience) come, we are standoffish—similar to the relationships many cats have with their owners. We always have younger audience members wearing cat ears and sometimes they come fully dressed as cats which is so awesome! I love looking out to the sea of people and finding a twin. A lot of times after bows, I will wave or blow a kiss to a kid I noticed. This show is many kids’ first musical, so it is really special to make their first experience memorable.

Do you own, or have you ever owned a cat? Or are you secretly a dog person?
You caught me! I have a dog and have been a dog person all of my life. However, I have fallen in love with cats and their intuitive and independent nature. I hope to one day own a cat and a dog and possibly name them after characters in the show. I mean come on, who can resist a kitten?

“CATS” runs through January 22, 2023 at the National Theatre, 321 Pennsylvania Avenue, NW, Washington, D.C. 20004. For more information and tickets, go online. Masks are encouraged but not required. No vaccination proof is necessary.