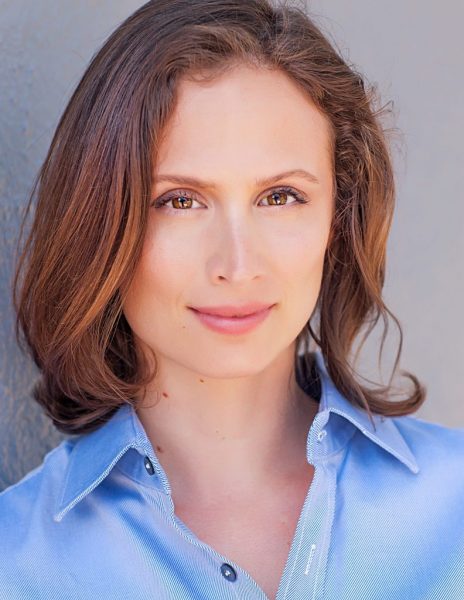 “Frederick is blooming with activity and camaraderie. I can think of no better place to bring my collected expertise,” DuBois states. “In a world flooded with digital offerings, I find myself drawn to MET’s quality craftsmanship and long-standing chemistry with the community.”

Katherine DuBois’s leadership in the arts spans theater, dance, and film uniquely pulling artistry and process across mediums. Most recently, Katherine served as a producer at Synetic Theater and led the creation of Synetic Motion Pictures and Madloba Physical Theater Conference, two pivotal programs in Synetic’s evolution. Katherine is an award-winning film producer and director best known for her documentary Space to Explore which ran in the international festival circuit for 18 months. Whether in DC, LA, or NYC, Katherine has often worked in the hybrid space, including virtual performances and film content collaborations with performing arts organizations, symphonies, and dance groups, with distribution on MarqueeTV, Netflix, Vimeo OTT, and Synetic Streaming. Katherine studied drama at Ithaca College, The Eugene O’Neill National Theatre Institute, and The Russian State Institute of Performing Arts.

“After a national search, Maryland Ensemble Theatre is thrilled to have Katherine DuBois join our team! Her passion for Ensemble Theatre, her understanding of administration and management, and her desire to connect to our community brings an exciting energy to our team,” states Tad Janes, Producing Artistic Director.

“It was crucial that we found the right candidate to fill our Managing Director position that would not only have the necessary experience, but also share the vision of MET. Katherine Dubois met all of our requirements, plus she brings a new and fresh perspective shaped by her diverse background. We are thrilled to have her as part of our executive team!” states Trish Southwell, Chair of MET’s Board of Trustees.

DuBois is grounded by her upbringing in the DMV theater scene: summer camp at Adventure Theatre, early professional experiences with Wildwood Summer Theatre and Imagination Stage, and as a performer with Synetic Theater, Venus Theatre, Source Festival, and more. DuBois is an Executive Member of Women in Film and Video DC. Outside of the arts, Katherine served as the Administrative Manager at the Biden Cancer Initiative located in Washington, D.C.

About Maryland Ensemble Theatre: Celebrating more than 25 years of artistry and craftsmanship. The premiere producing theater of Frederick, Maryland. MET’s mission is to inspire passion for the arts with courageous, relevant, accessible performance and programs that enable people to feel more, think deeper, and laugh longer.