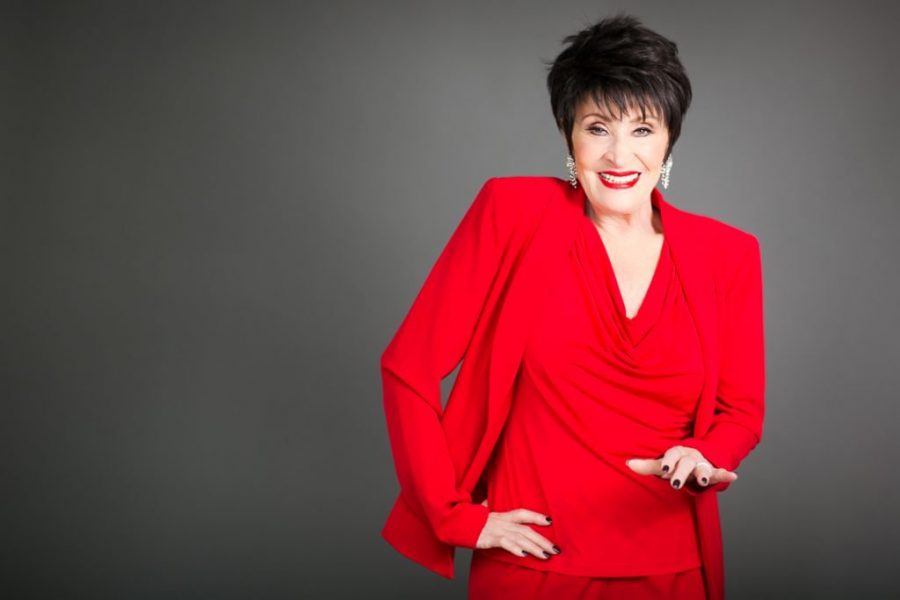 Arlington, VA – On April 3, 2023, Virginia’s Tony Award®-winning Signature Theatre will honor the theatrical icon Chita Rivera with the company’s twelfth Stephen Sondheim Award. The Stephen Sondheim Award will be presented at a black-tie Gala Benefit at the Embassy of Italy and will benefit Signature Theatre’s artistic, education, and community programs. This year’s Gala Benefit will be chaired by Cathy Bernard. More information can be found online at SigTheatre.org/Support/SondheimGala.

“It felt appropriate to look towards the beginning of Mr. Sondheim’s accomplished career when selecting this year’s recipient of the Stephen Sondheim Award,” said Signature’s Artistic Director Matthew Gardiner. “Ms. Rivera is perhaps best known for her iconic performance as Anita in West Side Story, the musical that marked Mr. Sondheim’s first foray onto the Broadway stage. We are thrilled to bestow this honor upon Ms. Rivera, who has long been a dear friend of Signature, having graced our stage in 2008 in The Visit. She now joins a distinguished group of honorees who have received this award over the past decade. We look forward to celebrating her storied career this spring with a festive and joyous evening at the Italian Embassy.”

“Chita and my uncle, Fred Ebb, were dear friends and she starred in one of the last musicals he wrote with John Kander, The Visit at Signature in 2008,” said Gala Chair, Cathy Bernard. “Uncle Fred and Chita celebrated Christmas together every year with my grandmother as a cherished family friend, and we are honored to have her as part of the Signature family and present her with the Sondheim Award in recognition of her legendary career. Chita is one of the true icons of Broadway and the American musical theater and we are fortunate to be able to celebrate her achievements and immense talent.”

Signature’s Sondheim Award Gala honors individuals who have made important contributions to the American Musical Theater. This spring, Signature is thrilled to celebrate the legendary Chita Rivera, one of Broadway’s greatest triple-threat talents.  Her electric performance as Anita in the original Broadway production of West Side Story brought her stardom and launched a storied career. She is one of the most nominated performers in Tony Award history, having earned 10 nominations and three awards. Her most recent nomination was in 2015 for The Visit, the final collaboration between John Kander, Fred Ebb, and Terrence McNally, for the role she previously played to great acclaim at Signature in 2008. 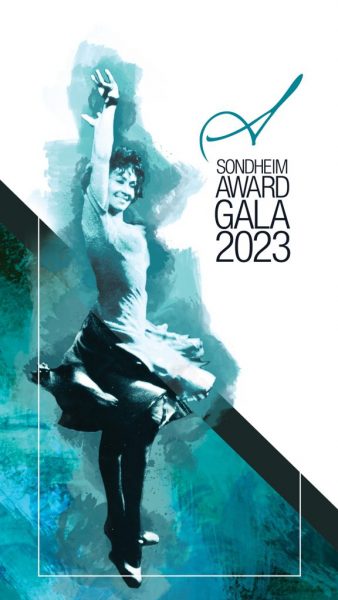 In addition to honoring Chita Rivera, Signature will celebrate Michelle S. Lee, Founder, President, & CEO of STG International, Inc. with The J. Watkins Distinguished Service Award for her incredible leadership and support for Signature and for making a difference in the lives of people throughout the region. The J. Watkins Distinguished Service Award was created to honor community leaders who’ve made an extraordinary impact in the greater DC community through their advocacy and passion for the arts and arts education. The award is made in memory of J. Watkins, a long-time Signature Board member, an important part of the Sondheim Award Gala leadership team, and a tremendous ambassador for Signature and the arts in our community.

Table sponsorship for the 2023 Sondheim Award Gala ranges from $12,000 to $100,000 and includes rewarding, year-long visibility and entertainment benefits. Individual tickets are $1,200. For more information about sponsorship and tickets contact Ashley Richardson, Donor Services Manager at 571-527-1828 or events@sigtheatre.org.

A theatrical icon and one of Broadway’s greatest triple-threat talents, Chita Rivera is one of the most nominated performers in Tony Award history having earned 10 nominations, won twice and received the 2018 Special Tony Award for Lifetime Achievement in the Theatre. A versatile actress/singer/dancer, her most recent starring roles include The Visit, the final John Kander/Fred Ebb/Terrence McNally musical directed by John Doyle and choreographed by Graciela Daniele on Broadway; the Broadway revival of The Mystery of Edwin Drood; the Broadway and touring productions of The Dancer’s Life, a dazzling musical celebrating her spectacular career, written by Terrence McNally and directed by Graciela Daniele and the revival of the Broadway musical Nine with Antonio Banderas. She trained as a ballerina (from age nine) before receiving a scholarship to the School of American Ballet from the legendary choreographer George Balanchine. Chita’s first appearance (age 19) was as a principal dancer in Call Me Madam. Her electric performance as Anita in the original Broadway premiere of West Side Storybrought her stardom, which she repeated in London. Her career is highlighted by starring roles in Bye Bye Birdie, The Rink (Tony Award), Chicago, Jerry’s Girls, Kiss of the Spider Woman (Tony Award), and the original Broadway casts of Guys and Dolls, Can-Can, Seventh Heaven and Mr. Wonderful. On tour: Born Yesterday, The Rose Tattoo, Call Me Madam, Threepenny Opera, Sweet Charity, Kiss Me Kate, Zorba, Can-Can with The Rockettes. Chita was awarded The Presidential Medal of Freedom by President Barack Obama in 2009 and received the coveted Kennedy Center Honor in 2002. In 2019, Chita performed her solo concert at London’s Cadogan Hall; in 2018 she was honored as a Living Landmark by the New York Landmarks Conservancy; in 2016 she headlined at Carnegie Hall and in 2015, Great Performances aired their special Chita Rivera: A Lot of Livin’ To Do, a retrospective of her extraordinary life and career nationally on PBS. Her current solo CD is entitled And Now I Swing. Her long-awaited book CHITA: A MEMOIR will be published by HarperOne on April 25, 2023. Her most treasured production is her daughter, singer/dancer/choreographer Lisa Mordente.

ABOUT THE STEPHEN SONDHEIM AWARD

The award, established in 2009, is given to an individual for his or her career contributions to the American Musical Theater along with interpreting, supporting, or collaborating on works by Sondheim. By the conclusion of the 2022/23 season, Signature will have produced 34 Stephen Sondheim productions, more than any other theatre in the United States.

ABOUT SIGNATURE
Signature Theatre is a Tony Award®-winning regional theater that broadens and brightens the region’s cultural landscape with its bold productions of challenging new and established works and engaging education and outreach programs. Founded in 1989 by Eric Schaeffer and Donna Migliaccio, and currently under the leadership of Managing Director Maggie Boland and Artistic Director Matthew Gardiner, musical theater is Signature’s “signature,” and the Theatre is renowned for its definitive Sondheim productions, inventive adaptations of overlooked or forgotten works, and investment in fresh new projects. Signature combines Broadway-caliber productions with intimate playing spaces and aims to be a leading force in U.S. musical theater.

Since its inception, the Theatre has produced 60 world premiere works—including 19 new musical commissions. Signature opens its doors to more than 100,000 people annually from the Washington, DC region and beyond and reaches more than 10,000 students every year through its innovative education programs, including the award-winning initiative Signature in the Schools. Signature has won 134 Helen Hayes Awards for excellence in the Washington, DC region’s professional theater and has been honored with 452 nominations.