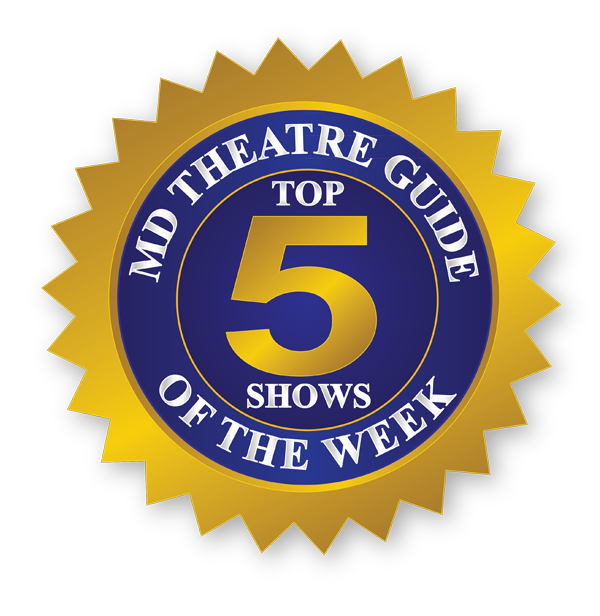 1. “Ride the Cyclone” at Arena Stage

Synopsis: In Ride the Cyclone, the lives of six teen chamber choir singers are cut short in a freak roller coaster accident. Stuck in the afterlife, a mechanical fortuneteller gives them a chance to sing their way back to earth. This quirky, edgy cult musical is part comedy, part tragedy, wholly enchanting, and will make you feel great about being alive! 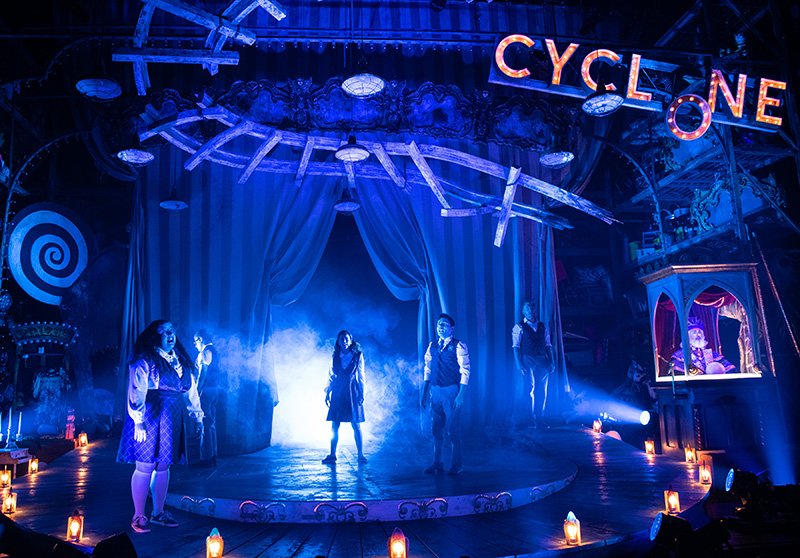 2. “The Sneeze” at Compass Rose Theatre

“Compass Rose has presented us with the perfect winter’s evening entertainment…the acting is worth the price of the ticket.” – Sue Tilberry

Synopsis: This play is a series of hilarious short plays, Drama, The Sneeze, The Bear, Swan Song, The Proposal and Plots by Anton Chekov. Chekhov, known first for his comedies, perfectly captures the foibles and desires of his characters to create a wonderful evening of theater. Written in the 1880s, these stories are as true today as they were then. One of them pokes fun even at a sneeze, which we can all appreciate in 2023! 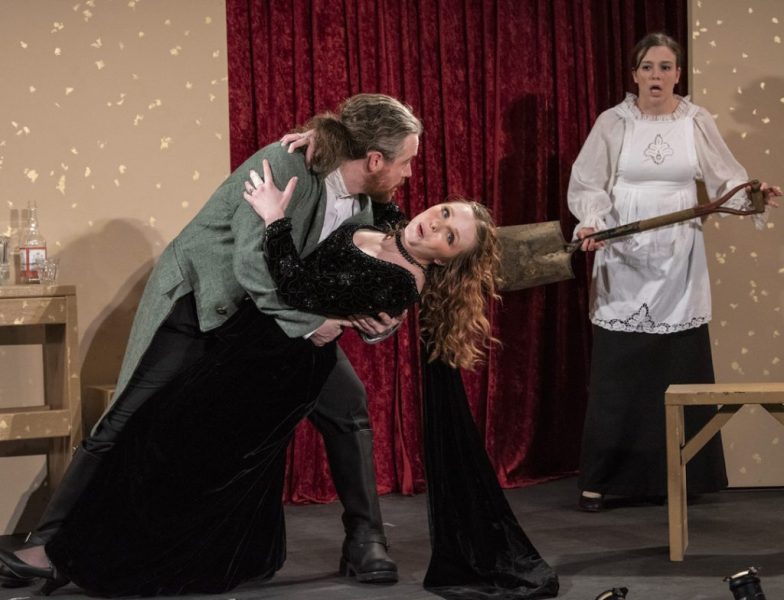 In “The Bear,” from left: Matthew Crawford as Smirnov, Ali Leary as Popova, and Alana Lyons as Luka. Photo by Stan Barou.

“…Jungwirth’s highly creative, reimagining of this musical…Impressive is an understatement.“ – Anne Valentino

Synopsis: When Sammy Jungwirth, a 17-year-old theatre prodigy from Baltimore, discovered a musical called “Beautiful and Damned” originally produced in London’s West End, he decided to acquire the rights. Now called “Zelda,” this staged reading/concert centers on the tempestuous relationship between F. Scott Fitzgerald and his young “flapper” wife, Zelda.

4. “[title of show]” at Spotlighters Theatre

“…makes great use of theatre’s tiny, four-poster stage, and the cast is committed, energetic, and talented.“ – Max Garner

Synopsis: Jeff and Hunter, two struggling writers, hear about a new musical theatre festival. However, the deadline for submissions is a mere three weeks away. With nothing to lose, the pair decides to try to create something new with the help of their friends Susan, Heidi, and Mary on the eighty-eights. 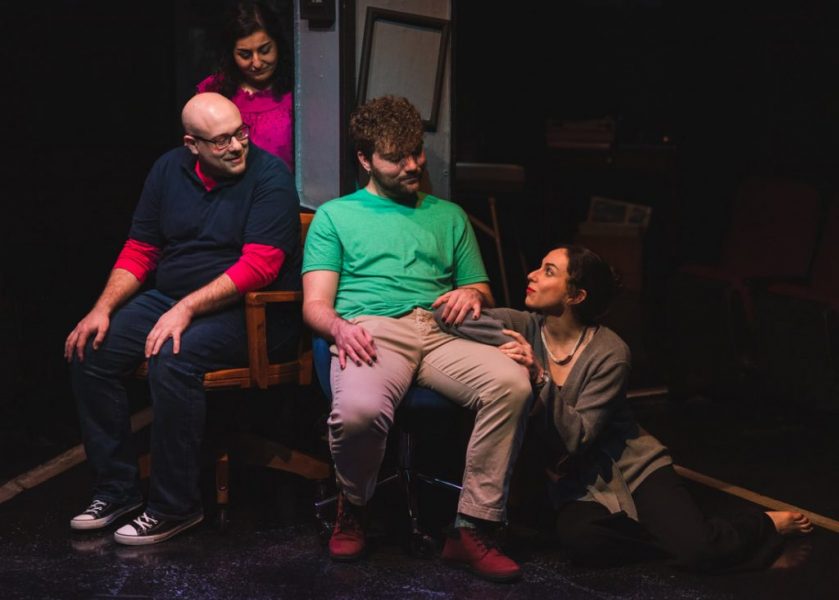 “…an invaluable addition to what has been a saliently prescient season from IronCrow Theatre. It is fun, thought-provoking, and continues to reveal truths about our society through the intimacy of queer relationships.” – Emily Hofstaedter

Synopsis: Meet Diane, a permaculture gardener dripping with butch charm. She’s got supernatural abilities owing to her true identity—the Greek god Dionysus—and she’s returned to the modern world to gather mortal followers and restore the Earth to its natural state. Where better to begin than with four housewives in a suburban New Jersey cul-de-sac? In this Obie-winning comedy with a twist, Pulitzer Prize finalist Madeleine George pens a hilarious evisceration of the blind eye we all turn to climate change and the bacchanalian catharsis that awaits us, even in our own backyards. 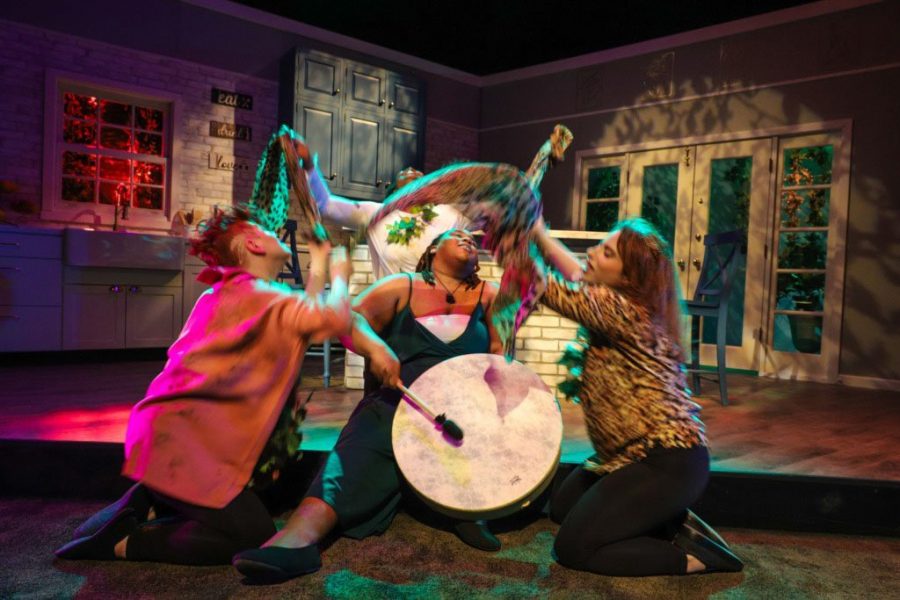