She’s playing a character that’s always in a pickle (although she is always gherkin everyone around because she spells her maiden name a little differently), so I asked Jessica Lefkow to introduce us to BEERTOWN and its favorite politician.

“An enthusiastic, garrulous person by nature, I try, with varying success, to not take up too much space in any group endeavor. Sometimes during the open discussion part of the show, it is clear that Lara would definitely jump in with an opinion or clarification, and I have to let her. Inside I might be cringing about how many personal rules this breaks for me, but that’s irrelevant for this character, and impedes the invention that’s required to play the moment. It’s hard! I’d venture to say that every one of my fellows in this company have characters that grow out of some sense of their own personal characteristics, both the salutary and the less-so. I am in awe from beginning to end every night, watching my cast mates spin gold out of these straws. 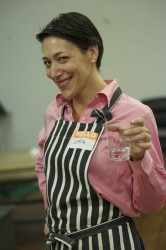 I have a fair amount of experience in shepherding audiences through improvisatory moments as a performer. Playing BEERTOWN has been surprising in that our interactions with the audience challenge me as a human being. Audiences will take the conversation in directions where I sometimes think, “Hey! That’s not where I want this moment to go!” and I have to totally let go; no shepherding. Nothing’s wrong with these twists and turns. In fact, this is what we wanted when we built this. And I’m not in charge.

Related to this is a phenomenon that I have witnessed in every single performance. Someone from the 10% of any audience that’s happy just to along for the ride will hear something they think is stupid, or intriguing or just plain silly as the crowd discusses the Time Capsule and its contents, and suddenly, their hand is in the air and they’re talking and debating and caring. That’s the word people use with us after the show, as in the many variations I’ve heard on this comment, ‘I can’t believe this. Two hours ago I didn’t even know where Beertown was, and suddenly I find that I care!’ 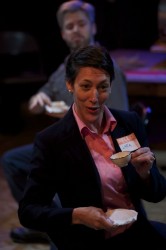 The common thread running through these experiences is the thrilling success of our bid to take people out of some sense of being in a ‘show’, and have us all united in some common event. For those two hours, beyond traditional audience/performer roles, we really do become equally invested in what’s happening right here, right now.”

Read about the real Beertown. 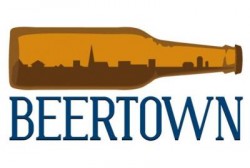