Concert Review: Sergio Mendes at the Music Center at Strathmore 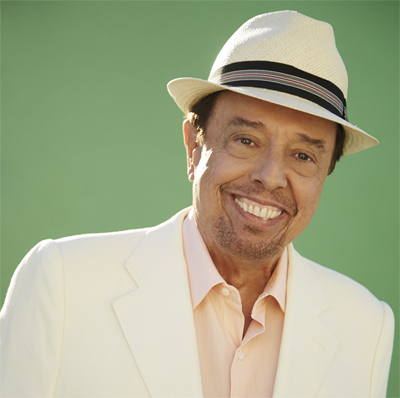 Three-time Grammy Award and Oscar-winning Producer, keyboardist and vocalist Sergio Mendes hit the stage at the Music Center at Strathmore on Thursday night, and he didn’t disappoint. He mixes a fusion of Bossa Nova, heavily influenced by Jazz and funk and the results are inspiring.

Strathmore is a great music venue, with the staff front of house taking every opportunity to make the entire evening enjoyable. Mendes’ musical influence has spanned more than five decades. He is without question the most internationally successful Brazilian artist in my lifetime. With more than 35 albums under his belt, his experience and passion for music is abundant in his show from start to finish.

Mendes is a timeless music warrior.

For many of us outside Brazil, it was Brazil 66’ that sparked global stardom. Performing “The Look of Love” at the 1968 Oscars taking their version into the top 10 charts. Followed by “Fool on the Hill” and “Scarborough Fair.”

The band kicked off the show with “Magalenha” followed by “Pretty World” and the music never stopped. Favorites include “Never Gonna Let You Go,” “Fool on the Hill,” “Going Out of My Head,” and “Look of Love.”

Mendes surrounds himself with the most talented musicians from all around the world. The band consisted of two female vocalists Gracinha Leporace and Katie Hampton. Leonardo Costa on drums, André de Santana on bass, Kleber Jorge on acoustic and electric guitar, Gibi (Marcos dos Santos) on percussion and Scott Mayo on Synths, flute, sax, and vocals. All throughout the show displaying their talents through various solos.

Gracinha Leporace, Sergio’s wife, has performed with him since the 1970’s. She and Katie Hamilton lead the vocals throughout the performance. Their voices blended so beautifully as they sang many of the songs in unison – not easy. At times they would split off into harmonies which were just delightful. Both wowed the audience with their solo performances; they were a delight to hear.

Scott Mayo moves between playing the saxophone to the clarinet and the keyboard. Just when you think this guy can’t possibly have any more talent, he sings a duet with Hamilton that brings the house down. Mayo is the musical director and writing partner for Mendes. Mayo was an integral part of Mendes’ most recent, Grammy-nominated album, MAGIC, co-writing “Don’t Say Goodbye,” with Mendes and John Legend, “Visions of You” with Mendes and Janelle Monae and the title track, “Magic” with Mendes.

Who knew a tambourine could sound quite so amazing? Mendes made a point of featuring Gibi on Percussion, and it was clear to see why. He made a tambourine sing and made the most intriguing sounds by placing his hand inside a drum and using the friction to mimic what Mendes was playing on the keyboard.

There was humor when Mendes spoke telling of his career and experiences in the most adorable, and humble way. Mendes is a timeless music warrior.

Rapper Harrel Harris (H2O) hit the stage and several songs with Mendes and got the audience on their feet.

The 2006 re-recorded version of “Mas Que Nada” with The Black Eyed Peas was a huge hit.

“Mas Que Nada” was just one of the songs that ended the night ended after I think the third encore from the packed house at Strathmore. People danced in the aisles, and there was a surge of fans who headed to the stage to get closer to the Brazilian icon. A great night in what is known to be one of the best music venues on the east coast.

For more information about the shows at the Music Center at Strathmore you can head to the website here.