There were 45 high school students from Grand Rapids, Michigan at The N Word? when I attended tonight’s performance, and they listened carefully to the actors on the stage as they asked if The N Word should ever be used or spoken by the African American community because of its negative history. The performance I saw was a truncated version for the students of the 75 minute production that others have seen or will see for the remainder of the show’s run.

Playwright and Director Quinn Alston explores this question through an MC and four other characters who discuss and explore the history of the word and differing opinions in the African American community. The cast is: Terrence the comedian (Howard the MC), Darick Johnson (Hollis), Larie Edwards (Miles), who sings The African American National Anthem beautifully at the beginning of the production, Timothy Johnson (Paul), and the feisty Linda “Spicy” Elliott (Samantha). There were not very good actors, but tried their best to speak directly to the attentive students. 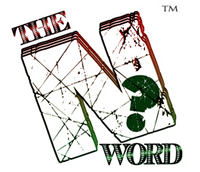 There was a heated discussion when one character called another character The N Word. The students reacted strongly to it and ‘booed.’  There was a very loud rap and a comedian who claimed that he used The N Word in his comedy act because it brought laughs from the audience. The students loved the rap and applauded wildly and had mixed reactions to the comedian.

Although what I saw was not well written and sounded like a high school assembly, I was glad the issue was being discussed.  I was also glad to hear from Mr. Alston that a town hall forum is scheduled for July 23rd to discuss using The N Word and will feature panelists from the African-American community. With some better writing, this could become an important work. I am praying that the students will go home and stop calling each other The N Word – a word that whenever I hear it – always reminds me of another word – lynching.

The N Word? information and tickets.