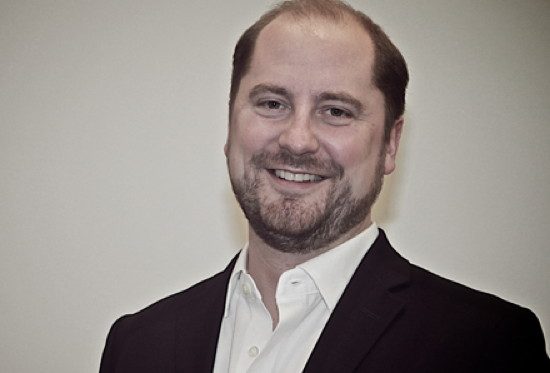 Everyman Board President Susan W. Flanigan remarked, “Jonathan has been innovative, thoughtful and hard working since his arrival at Everyman and the accomplishments in marketing have been most impressive. He strongly believes in Everyman and its vision. We are very fortunate to have had such an outstanding candidate and are proud to be promoting from within the organization.”

“As the search committee prepared for a national search to find a new Managing Director, we found a highly qualified internal candidate interested in the position,” said co-chair of the Executive Search Committee and Board Member Vic Romita. “After an extensive vetting process, we came to the unanimous conclusion that Jonathan K. Waller, our very own Marketing Director, would be the ideal next Managing Director.”

“Jonathan is the epitome of everything Everyman stands for,” said Founding Artistic Director Vincent Lancisi. “He is the only person I know who can articulate the core values of Everyman and the art we make better than I can. As Everyman continues to grow, we need a strategic leader who cares deeply for our special style of theatre-making. Jonathan is that leader and I look forward to his creativity and energy bringing us to that next chapter of our story.”

A native of Westminster, Maryland, Mr. Waller joined Everyman in June, 2012 as the Director of Marketing. Under his leadership in the marketing department, the theatre celebrated its Grand Opening of its home on Fayette Street and has increased its subscriber base and single ticket sales to the highest in the theatre’s history — breaking box office records with productions including this holiday season’s hit, Deathtrap.

“It is truly an honor to be taking on this new role,” said Mr. Waller. “Theatre has always been more than just entertainment to me. I believe it has the power to be an instrument for good. There is such passion at Everyman, everywhere you look, from the staff to the Resident Company to the Board of Directors to, of course, Vinny Lancisi. We are building something special here that our fiercely loyal subscribers have known for a long time — Everyman is a place that digs for the truth, the authentic, the genuine, on stage and off. This is a place that has the potential to change the artistic landscape, not only in Baltimore but nationwide. It is a privilege to take the reins from Ian Tresselt, who has left an incredible legacy. I can’t wait to get started.”

Previously, Mr. Waller served as Director of External Affairs for the Tony Award-winning Vineyard Theatre, one of the nation’s leading non-profit theatre companies dedicated to new plays and musicals. Prior to that, he served 4 years in theatrical licensing at Music Theatre International and Samuel French, Inc. Also a composer and lyricist, Mr. Waller’s “The Musical Adventures of Flat Stanley” has been produced across the country. His musical, “A Superhero,” was a finalist in National Alliance for Music Theatre’s (NAMT) prestigious New Works Festival and was featured in their Songwriter’s Showcase. It received a production at McDonogh School in April 2013 and is still in development. Also a teacher, Mr. Waller has taught Theatre Organization and Administration at Towson University as well as workshops at Vineyard Theatre and Young Actors Theatre at McDonogh School. He currently lives in Westminster, MD with his wife Rachel and five-year-old daughter, Grace.

Everyman Theatre is supported by a grant from the Maryland State Arts Council, an agency dedicated to cultivating a vibrant cultural community where the arts thrive.  An agency of the Department of Business & Economic Development, the MSAC provides financial support and technical assistance to non-profit organizations, units of government, colleges and universities for arts activities. Funding for the Maryland State Arts Council is also provided by the National Endowment for the Arts, a federal agency.

Everyman Theatre is a proud member of the Bromo Tower Arts and Entertainment District.

Everyman Theatre is a professional Equity theatre company celebrating the actor, with a resident company of artists from the Baltimore/DC area.  Founded in 1990 by Vincent Lancisi, the theatre is dedicated to engaging the audience through a shared experience between actor and audience seeking connection and emotional truth in performance.  Everyman is committed to presenting high quality plays that are affordable and accessible to everyone.