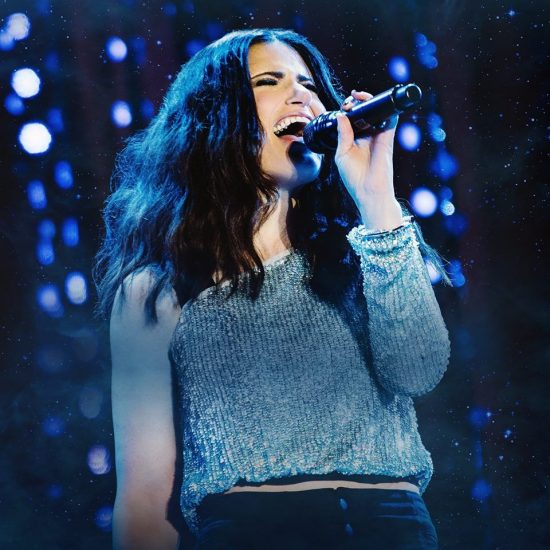 Singer, actress and songwriter Idina Menzel known for her princess like Disney voice took to the stage at The Theatre at MGM National Harbor on Sunday and wowed the packed crowd.

Like many, I can sing along with a good old rendition of “Let it go” from “Frozen,” however, there is more to this Disney Diva – so much more! Menzel is one of the most talented singers I have seen live in many years. Unlike many of the shows at MGM, what this omitted in the Vegas style set changes and frills it made up for with the exceptional talent on stage, from the musicians to Idina’s backup singer and Menzel herself.

A great show. What a talent.

Menzel is renowned for her role as Maureen Johnson in “Rent” for which she picked up a Tony Award. Her next Tony came for her role in “Wicked” playing Elphaba and her third came in 2014 in the musical If/Then. She then went on to star on the musical dramedy TV Series “Glee.”

Menzel’s rendition of “Let it go” from Walt Disney’s movie “Frozen” reached number five on the Billboard Hot 100 chart and the rest, as they say, is history. I am sure it did her career more good than bad when John Travolta completely messed up the pronunciation of her name during the 2014 Oscars referring to her as “Adele Dazeem.” Menzel joked about the botched job during the show.

Kicking off the show with “Queen of the Swords” her choice of songs left me wanting more and not able to take my eyes off the dynamic and entertaining diva. The Theatre is a state of the art venue that never disappoints to deliver an excellent sound acoustically with great views of the stage wherever you sit. The Theatre is fast growing a reputation for being one of the best music venues on the east coast.

Her song line up is impressive from Streisand to Led Zeppelin with a little Aretha Franklin thrown in. Never an easy task to cover the queen of soul, but her arrangement of “Rock Steady” had everyone rocking in their seats. Many large music concerts in 2017 lack that feeling of closeness and intimacy but Menzel brings you in close and makes you feel like one of the family with her witty personality.

Throughout the show, she told anecdotes about her career and life. My favorite being her recent engagement announcement and how she told her partner that she had issues and at 46 years -old she may not be able to change. He told her “One man’s poison is another man’s cake, you are my cake, leading her smoothly into the Zeppelin cover. She asked her tour manager to bring two people from the back of the concert hall and reseat them in the front row as there were two empty seats. “I have a complex you know, why didn’t these people show up everyone else made it here ok,”said Menzel. Showing her humor and love for her profession throughout her performance.

During “Let it go” she invited the children in the audience up onto the stage. They helped her sing and came out with the one-liners that only kids can get away with. The 46-year-old joked about getting old, and how she had some aches and pains, but it didn’t stop her sliding along the floor to appreciate a great guitar solo and climbing onto the piano for her encore.

A great show. What a talent. Menzel has certainly gained a new fan in me.