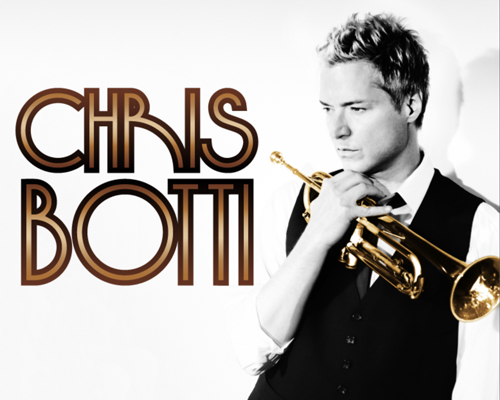 Chris Botti. Courtesy of Chris Botti and the BSO.

Baltimore was treated to a weekend of surprising and refreshing jazz concerts at the Joseph Meyerhoff Symphony Hall as part of the BSO’s Pop Series. Grammy® Award-winning jazz trumpeter and composer, Chris Botti, along with his exceptional band of musicians and singers, is not only supremely talented but funny and engaging. His show may not be what you might expect from a jazz concert and that is what makes it so delightful and innovative.

The 2004 album, When I Fall in Love, made Botti one of the largest selling American instrumental artists. Impressions won him a Grammy in 2013 for Best Pop Instrumental Album. He was previously nominated in 2008 for Italia, and garnered three nominations in 2010 for his live album, Chris Botti in Boston. Four of his albums have hit number one on Billboard’s jazz album charts. Sting, Andrea Bocelli, David Foster, Steven Tyler, Yo-Yo Ma, Herbie Hancock, and even Frank Sinatra, barely scratch the list of the many great talents, across all musical spectrums, with whom he has collaborated.

Astonishingly, Botti and his band tour nearly 300 days out of the year and they have been doing so for the past 15 years. It is clear that music and musicians are his passion. One notices that it is not all about him (although I have never seen a trumpet player blow a notes as long as he does). He often sits on the sidelines, giving his band members the spotlight and cheerleading them on. He makes no bones about stealing away the best musicians he can find from other bands – what he calls his “Rubiks Cube group of all-stars.” But Botti has a mastery of the horn that wraps around you like a warm, summer’s day.

Early in the show when Botti noticed that there were a few empty seats in the front, he invited youngsters that played a musical instrument to come down and take them. He believes (and rightly so) that the Internet is no substitute for interacting with real thing up close. He is a veritable encyclopedia of music and interacts with audience throughout the concert. The show was warm and intimate, as if you were invited to a jam session with a group of incredible musicians who enjoyed and respected each other – and they were having a blast sharing with it you.

It is hard to name all of the amazing music that was played – so many genres were woven together with jazz. The first two pieces were sweet and soulful, featuring his spritely violinist, Sandy Cameron. Dramatically prancing about the stage in leather leggings and a patchwork red dress designed by the fairies themselves, this Puckish performer showed her virtuosity with the violin – melding jazz, gypsy, classical, and rock influences from “Emmanuel” to Led Zeppelin’s “Kashmir.” “You Don’t Know What Love Is” put the focus on the brilliant, Grammy-nominated pianist, Eldar Djangirov, and drummer Lee Pearson. Djangirov later performed an amazing classical/jazz mashup of a Bach fugue. Bass and bass guitar player, Reggie Hamilton, had a fun and humorous moments of his own throughout the concert.

A bonus for this audience was that his incredible drummer Lee Pearson, is from Baltimore. We were introduced to his pastor, family and friends who were sprinkled throughout the audience. He also flies home while on tour to play organ at his church on Sundays.

Other featured performers included the young tenor, Jonanthan Johnson, who sang Italia – originally recorded by Andrea Bocelli and written by Botti and David Foster. The audience was then treated to the opera classic, “Nessun Dorma” from Turandot. Guitarist Leonardo Amuedo ran the gamut from sweet and soulful acoustic guitar in Leonard Cohen’s “Hallelujah” and “Venice” (with Botti) to all out rock and roll. Andy Snitzer, Paul Simon’s saxophonist, joined Botti in the glorious Miles Davis composition, “Green and Blue,” among other tunes. Singer Shayna Steele came into the audience with Botti on “The Very Thought of You” (which morphed into Amuedo rocking it on electric guitar on stage) and “The Look of Love,” with some pretty impressive scatting by Steele.” “Let’s Stay Together” ended the show with a standing ovation. “What a Wonderful World” was the encore with drummer Pearson doing a spot on imitation of Louis Armstrong.

Blending so many musical genres with a jazz twist was a breathtaking and unexpected musical roller coaster ride. Let us hope Botti brings his many talents –and talented musicians – back to the Meyerhoff. Chris Botti is not only a great talent on the trumpet but true musician’s musician.