How would Euripedes’ work Trojan Women and Hecuba differ if it had been written in the 21st century? Trojan Women 2.0 takes on that challenge. A mélange of stories of survival, poetry, and song this is a raw, dark, tragic, and edgy work. The play rapidly and deftly intertwines these elements with Euripede’s classic. Entrance into the Mead Theater is an immersion event and you are “admitted” by guards into a dark and intimidating prison cell. Dazed and traumatized women prisoners are being held captive by unidentifiable male guards. Slowly each woman’s tale emerges as does their complementary role from the original Euripede’s work. Also displayed are the various methods of coping and survival – from despair, to bravado, to sexual favors being elicited. Minimalist lighting and props 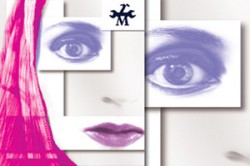 intensify the dank, cell-like atmosphere. For the most part the play is a gripping and emotional journey, albeit some portions could be strengthened as they did not ring sincere and appeared a bit forced. Patrons should read the prequel supplied, to benefit the most from the play and familiarity with Trojan Women and Hecuba is a plus. There are strong performances by Amitiya Elayne Hyman (Hecuba), Thomas Leo McGrath (Talthybius), Cori Dioquino (Cassandra), and Samantha MacEwen (Eisa).