‘A Quick 5’ With Allyson Harkey and Karen Lange 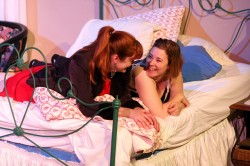 Allyson Harkey and Karen Lange are currently producing and starring in Carol’s Christmas, which plays through Dec. 23rd at Theatre On The Run in Arlington. The show is being produced under their production company called Pinky Swear Productions. Starting a new company in this economy is no small feat. Even though Pinky Swear has produced three highly successful productions in The Capital Fringe Festival, this is their first full-scale production. Producing is hard enough, but also starring in the show? OY!!

I am currently Stage Managing this show and Allyson and Karen have been great to work with. Check out these “Pinky Swear B*****s” and the rest of our talented troupe before the run ends.

How did the two of you meet?

Allyson: In acting class at the Studio Theatre Acting Conservatory. That’s where we met all of the original Pinky Swear company members.

Karen: Agreed. We met at Studio.

What made you want to start your own production company? 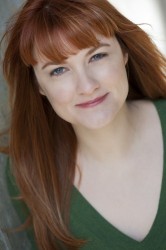 Allyson: We saw a show that one of our friends – a smart, talented, eager actress – was doing and thought it was pretty bad. Hollow directing, dreadful script, and extremely misogynistic. We thought, “Why are so many of us stuck doing this kind of work? We deserve better. Shoot, we can produce better ourselves.” That very moment, Karen and I pinky swore to produce a Fringe show the following year. There are so many women artists eager to work in DC, and there’s no reason any of them shouldn’t be.

Karen: It suddenly occurred to us that you don’t need to ask someone’s permission to create something of your own. The key is committing to a project and seeing it through. One of the most satisfying things about being at the helm of Pinky Swear is that we take action. We don’t dream about shows we’d like to do. We find them and then we do it.

After producing three very successful productions at Capital Fringe what was the biggest challenge in getting your current production of Carol’s Christmas up and running?

Allyson: The biggest challenge in getting Carol’s Christmas up was finding a space in which to perform. Even finding rehearsal space in DC is difficult; finding reasonably affordable, accessible performance space is nearly impossible. Forget trying to choose space that brings an element of texture or meaning to the production.

Karen: Space is always the biggest problem. I recently had a conversation about that with Peter Marks from the Post. One thing he asked about was whether the larger theater institutions ever reached out or offered to provide space in their buildings. The answer to that is “No.” I haven’t tried to ask them about that. I have rented space from the larger orgs before, but always for a fee.

When you are looking at a script to produce for Pinky Swear Productions  – what are you looking for in it?

Allyson: First, does it pass the Bechdel test? Second, do the characters and/or story speak to us personally, make us laugh, give some insight into who we are? Third, can we see ourselves or our Pinky Swear colleagues directing, performing in, and designing it? We want to tell interesting stories, but if they’re stories that we can’t relate to or step into relatively easily, they’re probably not right for us. 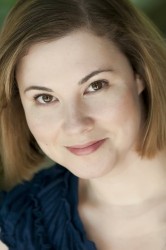 Karen: We look for stories we feel passionate about, stories we actually want to tell. We tend toward newer work because we don’t have a pressing desire to put our own interpretation of classics or frequently produced work out there. There are plenty of theatre companies dedicated to, for example, Shakespeare and they do a great job. That isn’t to say we’ll never consider a classical or popular play. It’s just not our focus right now.

Being a relatively new company in the DC area where would you like to see Pinky Swear Productions be in 5 years?

Allyson: We’d love to be producing in our own space with a never dark policy – helping other small companies have a place to perform and rehearse. We’re very much committed to the idea that if you can’t find what you’re looking for, you have to create it. I think that’s how a community grows.

Karen: I’d add that I hope to grow Pinky Swear into larger company of actors, directors, crew, and production people.  I’d also like to see us collaborating with other companies for devised work, as well as the plays we produce. We had a ball with our cabaret and would like to keep that kind of work in the mix. I also want to continue to grow our relationships with the general theatre community in Washington and across the country. Technology provides so many avenues for work across state and country lines.

Oh, and breaking even on productions with money in the pipeline for our future projects is always a good thing.

Carol’s Christmas plays through December 23, 2011, at Pinky Swear Productions at Theatre on the Run – 3700 Four Mile Run Drive in  Arlington, VA. For tickets, purchase them online.