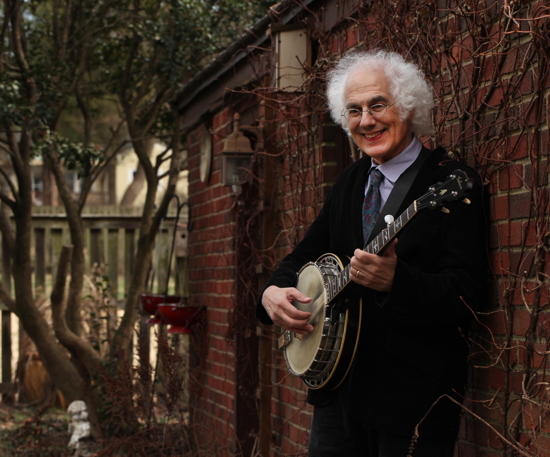 Stephen Wade, of local ‘Banjo Dancing’ fame, is one of the countries foremost scholars on American folk music. His depth of knowledge partnered with his musical skill makes him an engaging and informative performer.

He is an incredibly talented musician with nimble and dexterous fingers.

Wade recently published a book titled “The Beautiful Music All Around Us.” In that book, he explored the lives of the performers of some of our greatest pieces of traditional music. He has also partnered with an Academy Award winning director, on a documentary based on the book. Wade shared the trailer for this film with the audience.

He is an incredibly talented musician with nimble and dexterous fingers. Wade has the ability to jump between song styles and instruments effortlessly. He has great stamina and a gift for conveying emotion through the music.

Wade is also a gifted storyteller. Considering a lot of folk music was originally played under stories, his knack for playing a tune while speaking a tale is wonderful. His dry sense of humor works with the hyperbolic stories of old America.

Zan McLeod is Wade’s longtime music partner. He is also a gifted musician alternating between guitar, mandolin, and various percussion instruments. These two men have a beautiful give and take relationship on stage.

Stephen Wade is a treasure to the music history community. He is providing us with a brilliant record and history of American folk music.

For tickets and more information about AMP by Strathmore click here.