‘A Quick 5’ with Timoth David Copney 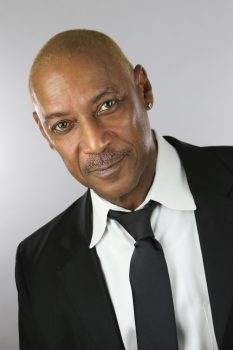 Timoth David Copney is currently directing and choreographing “Sweet Charity” at the Heritage Players, now playing through April 29, 2018 at the Thomas Rice Auditorium in Catonsville, Maryland.

A classically trained ballet dancer, he studied at The Alvin Ailey School, The Cincinnati Ballet, Ballet Jazz de Montreal and the Grande Ballet Canadienne.  Favorite roles as an actor are Belize in “Angels In America,” Bobby in “A Chorus Line,” Henry in “Street Scene,” Walter in “Chess,” Andre in  “Ain’t Misbehavin’,” The Wiz in “The Wiz,” and Judas in “Jesus Christ Superstar.” As a singer, he has performed in countless cabarets, specializing in what he calls ‘The Big Broad Songbook.’

For more information about “Sweet Charity” at the Heritage Players, click here.

What can a theatregoer expect to see when they attend “Sweet Charity?”

The audience can expect to see a production filled with great songs, outstanding dancing, fun costumes, and terrific performances set against a backdrop of the story of Charity Hope Valentine, dancehall hostess and incurable romantic.

How much fun was it directing and choreographing “Sweet Charity?”

“Sweet Charity” has long been on my list of shows I wanted to choreograph.  I embraced the idea of directing much later. But I am so glad I did! There is nothing like seeing all those images that have been swirling around in my head brought to life on stage. I have never been a terribly serious director/choreographer.  I always try to make the rehearsal process as much fun as I can for the cast and myself. These hard-working folks are doing this without financial compensation, so I never want it to feel like a job. Pardon the cliché, but it really is a labor of love.

What are you most proud of with the production of “Sweet Charity?”

At almost 62, I was still able to teach some pretty impressive dance steps!  I am so proud of everyone involved. Not a single person gave less than 100%.

Why did you decide to go into the performing arts?

I was a weird, showbiz kid.  I sang in local talent shows, and wasn’t above ‘sharing’ a new song I’d learned with my class mates starting in the fifth grade.  I started formal dance training late at 14, though I’d done dance routines in shows for years. While ballet and musical theatre were equal pulls for me, I studied everything I could in my teen years, doing my first equity tours starting at 16.  I didn’t so much decide to go into performing arts – it simply never occurred to me not to.

Please talk about a few people that you’ve worked with over the years that you admire in the performing arts.

In a career that spans more than 50 years, I have been lucky to train or perform with some of the best in the business.  From my early days with the ballet, I studied with Virginia Barrett at the Atlanta Ballet and Jimmy Truitt at the Cincinnati Ballet and the Cincinnati Conservatory of Music. I worked on a Canadian network television variety series for a couple of years where we had a different guest star every week, so I have been a backup dancer for a lot of stars like Eartha Kitt, Georgia Engels, Morey Amsterdam, Frank Gorshin and others.  I toured with Florence Henderson in “Annie Get Your Gun,” Richard Harris in “My Fair Lady,” Alexis Smith in “Applause,” and Peter Marshall and John Davidson, both in “The Music Man.” These days, the people I admire most are the ones I work with now. It takes a lot more than a paycheck to make a pro. I work with a lot of unpaid pros. And I wouldn’t trade them for anything. “Sweet Charity” is the latest example of that dedication I find in every locally sourced production.