World Premieres in the DC Metro Area this Fall

Society is inside of man and man is inside society, and you cannot even create a truthfully drawn psychological entity on the stage until you understand his social relations and their power to make him what he is and to prevent him from being what he is not. The fish is in the water and the water is in the fish.

ARTHUR MILLER, “The Shadows of the Gods”

Any theatre scene is defined by its support for innovation, discovery, and the new–the yet to be judged story or style.  Although both innovation and discovery can be appreciated when a theatre produces an old script with a new, revitalizing twist, there is nothing like world premieres to gauge a theatre community’s vitality and thirst for storytelling, and its willingness to take risks and offer new perspectives.  With this year’s theatre season beginning, I thought I would take a moment to look at seven of the world premieres taking place this fall in the Washington metro area. 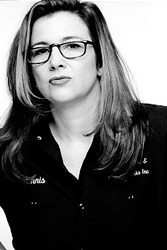 The world premieres range from the prominent, Jon Klein’s Young Robin Hood at Round House Theatre, to Shape by the alternative theatre master Erik Ehn, produced at Atlas Theatre by force/collision.  In between these aesthetic extremes there is Kathleen Akerley’s Goldfish Thinking at Longacre Lea, Gwydion Suilebhan’s Reals at Theatre Alliance, Kara Lee Corthron’s Holly Down in Heaven at Forum Theatre, Mia Chung’s You for Me for You at Woolly Mammoth, and Bryony Lavery’s Dirt at Studio Theatre.  Although each of these new stories will have its own unique take on the world, I’m certain that, however much they succeed in entertaining their audiences, each will provide some new insight into the world through which we make our way.

Akerley’s Goldfish Thinking, produced by Longacre Lea, opened in mid-August at the Callan Theatre on the campus of Catholic University. Set within the humbling confines of Georgetown University’s Law School, Goldfish pits the extreme objectivity of the legal mind against the sublime mysticism of dreams. Nightmarish, murderous dreams begin to plague a young woman in Georgetown’s Law School. As the frequency of her dreams intensifies, they begin to take over her life, to the point where even her waking life becomes part conscious, part unconscious. The young woman attempts to reconcile those seemingly irreconcilable worlds.  Akerley is a DC-based theatre artist with a number of world premieres under her belt: Theories of the Sun, Banquo’s Dead, Jim, and Something Past in Front of the Light—to name three. Initially a novel, the play is, according to Akerley, “part Ionesco and part Agatha Christie,” and springs from Akerley’s perception that most of our public, political debate lacks participants who understand themselves, their biases and personal fears. Thus, our discourse usually turns toward “blame, vilifying, idolizing, objectifying, defining an ‘other.’”

Suilebhan’s Reals opened this week at the H Street Playhouse. Another premiere with DC roots, Reals explores the American obsession with the idea of superheroes. Set in an abandon warehouse, the play focuses on a young man’s attempts to organize a local crime-fighting vigilante group using superhero identities. A playwright who lives and works in the District, Suilebhan has a long list of scripts on his resume, including The Constellation, The FaithKiller, and Abstract Nude.  About Reals , which received a staged-reading at HotCity’s Greenhouse New Play Festival in St. Louis, Missouri,  Suilebhan says, “…we’re long overdue for a serious investigation of the metaphors and images associated with superheroes,” and Suilebhan speaks as one who has had his own fascination with the superhero identity for many years.

Opening this September are Shape and Holly Down in Heaven. Each of these premieres will offer audiences a unique perspective not only of the art of theatre and storytelling but also on the issues confronting Washingtonians today. 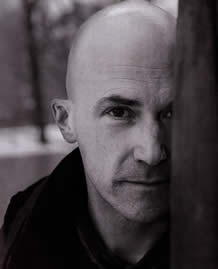 Ehn’s Shape is a unique opportunity for district theatre aficionados. Ehn is the head of playwriting at Brown University and has been deeply involved in the alternative theatre movement of many years. His plays include The Saint Plays, Heavenly Shades of Night Are Falling, Wolf at the Door, Ideas of Good and Evil, and an adaptation of Faulkner’s The Sound and the Fury. Force/Collision’s Shape is part of a larger project entitled Soulographie. For the last 15 years Ehn has traveled the globe visiting sites of genocide and atrocity, and collecting testimonies. Ehn has based Shape on a 100-year ago, turn of the century theatrical event entitled “Black America,” in which 500 African American vaudevillians created a large scale plantation depicting the “joys of plantation life.” Soulographie, of which Shape is but one of 17 performance pieces, culminates at La MaMa ETC in New York in November of this year. 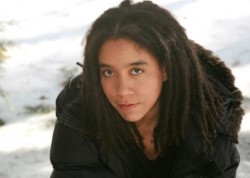 Forum’s production of Corthron’s Holly Down in Heaven continues the company’s willingness to present Washington audiences with challenging new scripts. Following on the heals of its summer production of Young Jean Lee’s Church, an exploration of Christian evangelism, this comedy deals with a 15-year-old born-again Holly who, after discovering her pregnancy, retreats to her basement where she develops relationships with her various dolls, one of whom is a life-size Carol Channing. The play has been in development since 2008, where it was workshopped by Atlanta’s Horizon’s Theatre Company; most recently, Penumbra Theatre in Minneapolis Minnesota gave the script a staged-reading this past July. 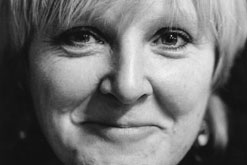 In October Lavery’s Dirt premieres at Studio Theatre’s Lab. British playwright Bryony Lavery is best know for her play Frozen, which was commissioned by the Birmingham Rep before eventually opening on Broadway and being nominated for four Tony Awards. Frozen received its Washington premiere at none other than Studio Theatre in 2006. In Dirt, Harriet faces death. Ellie faces waitressing. Matt sleeps with them both, while May listens to a lecture on Quantum Physics and Guy practices healing. Or as Studio Theatre says about the play: “Lavery’s play explores dirt in its most intimate and cosmic scales.” Dirt was revised in workshop for a month this summer at Studio Theatre. 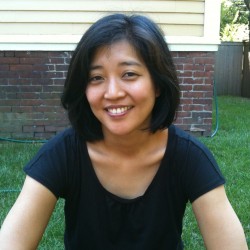 In November, Chung’s You for Me for You opens at Woolly Mammoth. For this production Woolly, in association with the MaYi Theatre Company, enlisted Russian theatre director Yury Urnov, who is currently a professor of theatre at Towson University. The play explores the struggles of two North Korean sisters to flee their homeland. When only one of the sisters manages to escape, the now America ensconced sister promises to work diligently for her release. Seattle’s Icicle Creek Theatre Festival presented a staged reading of the play in 2011 and MaYi presented a workshop production in New York City just this August. Although Ms. Chung has several scripts with her name on them, from Exquisite Corpse to The Orphan at Zhao, Woolly’s production of You for Me for You will be Mai Chung’s first major production.

Closing out the Fall season of world premieres is Klein’s Young Robin Hood at Round House Theatre Bethesda.  Joh Klein’s best known for his play T’Bone and Weasel, which premiered at the Humana Festival at Actors Theatre of Louisville in 1986, as well as for a stage adaptation of the famous children’s book Bunnicula. With Young Robin Hood, Klein explores hero’s youthful roots and in so doing reveals much about the limits of friendship and the battle for justice. Of all of this Fall’s new plays, Young Robin Hood is the only one recommended for children, 8 and up.

This rich landscape of world premieres reveals a diversity of story and style that not only addresses metro DC’s local concerns and milieus but also touches upon the area’s international dimensions.  Whether it’s a more mystical conflict between Washingtonian legalese and Jungian archetypes or an exploration of our nation’s more violent, genocidal past, or even a geo-political, trans-pacific postmodern identity crisis, the new plays being produced in Washington this fall have something for everyone to enjoy–but also to sink their creative analytical minds into.