Album Review: Tre Principesse, ‘Getting to Know You’ 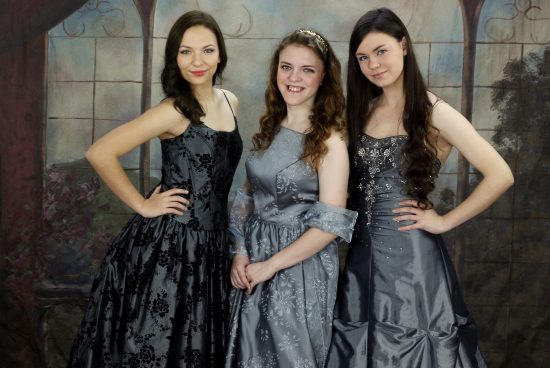 Get to know the American classical crossover female vocal trio known as Tre Principesse in their debut album “Getting to Know You.”  Members Agne G, Anastasia Lee, and Tatiana Marie all contribute their unique vocal styles in an album that features everything from classical to country music, as well as Broadway and jazz standards.  Yes, that is quite a variety of styles for one album, but that is what makes the potpourri of songs refreshing and full of surprises.

…refreshing and full of surprises.

The first track, “Always on My Mind,” features the trio, each taking turns singing a verse.  Then later in the arrangement, all join forces, singing together with great effect. “Always on My Mind” is a good introduction to hear and compare each of their youthful singing voices.  When you have three vocalists performing a song together, you risk having each one trying to outdo the other.  This isn’t the case with Tre Principesse.  Maybe it’s the fact that they have known each other since they were pre-teens.  In any case, it is clearly evident that these three singers work together nicely, joining forces with a focus not on themselves, but rather serving the audience.

Agne G’s solo, “Unexpected Song” is splendidly simple and straightforward as she accompanies herself on the piano. Agne G hits the high G at the end of the song in a free and exuberant manner.

Contralto Anastasia Lee is strong, confident, and sure of herself in her solo, “Amazing Grace.”  With a choir backing her, Anastasia’s well-trained voice is easy to listen to as I waited for each new verse with anticipation.

I must admit that I enjoyed Tatiana Marie’s solo “I’ll Get Over You” so much that I often have the song on repeat.  What I like best about Tatiana’s voice on this track is her heartfelt phrasing and believable interpretation of the lyrics. Marc Golde from Rock Garden Studio in Appleton, Wisconsin, along with the studio musicians, added to this authentic and wonderful arrangement of “I’ll Get Over You.”

The last track on the album, called “Broadway Medley,” features the trio singing “Getting to Know You” from “The King and I,” “Over The Rainbow” from “Wizard of Oz,” “Edelweiss” from “Sound of Music,” “If Ever I Would Leave You” from “Camelot,” and “You’ll Never Walk Alone” from “Carousel.”  This track is a strong finish to the album.  Musically arranged by Nathan Allen Pinard, each song is woven together seamlessly in gorgeous fashion just like the vocals of the talented vocal trio.  The ending harmonies of “You’ll Never Walk Alone” were soft, delicate, and dramatic.  It was certainly a touching and moving way to end the Tre Principesse in their debut album, “Getting to Know You.”

Other songs on the album include “The Prayer,” “Carrickfergus,” “Autumn Leaves,” “The Power of Love,” “One Day at a Time,” “Amigos Para Siempre,” Three Wooden Crosses,” “In-Canto,” and “My Way.”

For more information about the artists and the album, click here.